Didone finished at 10-under-par to win by two strokes over Chum An Yu. 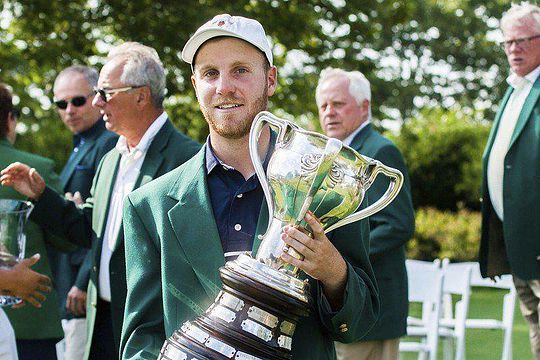 Earlier, the pair were tied at 9-under-par with two holes to go before Didone made birdie on the 17th with Yu making bogey giving the Australian a two stroke buffer heading down the last.

A nice up and down by Didone on the par 3, 18th was enough to secure the two stroke victory and the first Australian international amateur win this season in the US.

“I started well all week, holes one to six and one to seven, getting myself off to a good start,” said Didone.

“Part in the middle stretch I did not fare that well, like I didn’t play the par 5’s well, but I made up for it on the par 3’s. Overall a very pleasing result and down the last I had a good buffer, which obviously helped a lot.”

Yu, who plays out of Arizona State, had started the final round with a three stroke lead but double bogeys on the 1st and 9th holes saw his advantage slip away.

Didone was solid over the back nine, obviously drawing from his impressive third round 65 which moved him right into the championship after opening with two rounds of 68.

From there the Victorian was able to close out the championship sticking to his plan and remaining composed when the pressure was on.

“There were a lot of nerves out there and I just stuck with my game plan,” said Didone.

“I’m just happy that I sunk that putt on the 17th as that made it a bit easier on the last. You hear so many good things about The Porter Cup and it’s great to get my name on the trophy.”

Didone becomes the third Australian in recent times to win the championship after Harrison Endycott won in 2016 and Geoff Drakeford win in 2014.