The success of the ISPS Handa Vic Open was never more evident than last weekend’s announcement of a new tournament, with a similar format, to be played in Northern Ireland in August.

Playing the men and women professionals concurrently on the same course has been a massive success in Victoria. 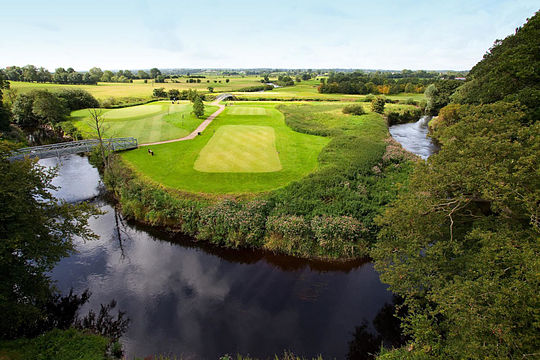 And while golf can expect a resurgence in Northern Ireland after Royal Portrush hosts the Open Championship for the first time in that country since 1951, it seems the perfect time to launch a new European Challenge Tour to cash in on the renewed interest.

The ISPS HANDA World Invitational for men and women will take place just a month after the Open Championship and will be played at Galgorm Spa and Golf Resort and Massereene Golf Club.

The event will run from August 15-18 and will boast equal prizemoney for men and women and has been labelled a re-branded version of the former Northern Ireland Open.

And like the Vic Open, the men’s and women’s fields will compete on different courses for the first two rounds before sharing the Galgorm Castle layout for the final 36 holes.

The field will be cut even further after the third round.

ISPS HANDA chairman Haruhisa Handa, said he was thrilled to be involved in an exciting new World Invitational event for both men and women professionals.

“The company ethos of ISPS HANDA has always been to try and break down barriers and present opportunities for everyone through sport, especially those disadvantaged,” said Dr Handa.

European Tour boss Keith Pelley said: “As golf’s global Tour, our core values are innovation and inclusivity and this new tournament fits perfectly into both of those genres.

“We have seen the success of the ISPS Handa Vic Open in Australia – which was won by Challenge Tour graduate David Law – and it is really exciting to have a tournament of the same format taking place in Northern Ireland this year.”