Fiji’s national hero Vijay Singh is returning home to compete in one of the country’s most prestigious sporting tournaments.

Singh’s announcement has been highly anticipated by sports fans in Fiji who are sure to give their home grown world star a rousing reception when he competes in the Fiji International at Natadola Bay Championship Golf Course from 15-18 October. 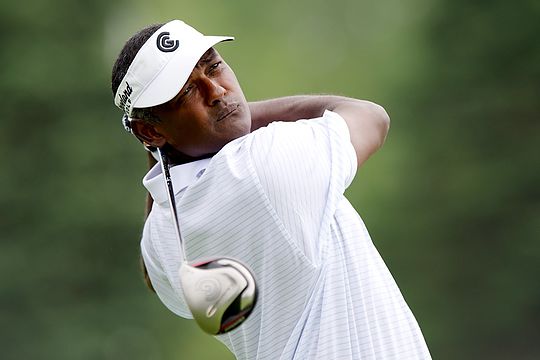 Recognising the importance of the Fiji International to growing golf in his home country, Singh is delighted to once again be pledging his support to the tournament.

“I am pleased to be returning home to play in the Fiji International which is building the profile of the sport that I love in the country that I love,” said Singh who finished in the top-10 last year.

“I enjoyed my time competing in the inaugural tournament and this year I am motivated to try and win.”

Singh competing in the Fiji International is a significant result for the tournament and has been an important focus of the PGA of Australia.

“Vijay is an incredibly talented player but more than that he is a hero to people in Fiji, he inspires and interests them in golf which is why it was so important for us to secure him for the Fiji International again in 2015,” said Stephen Ayles, Chief Commercial Officer of the PGA of Australia.

“We would like to create a lasting legacy of golf in Fiji and by having Vijay participate we are on the path to achieving this goal.”

With the positioning of the tournament the week after The Presidents Cup in Korea, the Fiji International has already attracted world number 15 Matt Kuchar to compete after representing the United States of America.

“In addition to the quality field, the tournament is continuing to grow as we have confirmed an increase in player field size to 132, and the prize purse to be played for will be A$1.125m, which currently places the Fiji International as the second largest prize pool on the PGA Tour of Australasia.”

To be played at the Natadola Bay Championship Golf Course from 15-18 October, the Fiji International will be broadcast around the world.