Vilips takes early lead at Master of the Amateurs

Karl Vilips has fired an opening round of 4-under 68 for a one stroke lead over James Grierson and Charlie Dann at the Australian Master of the Amateurs being held at The Royal Melbourne Golf Club.

Starting on the back nine on the West course, Vilips carded an even par 36 before finding his range to record an impressive final nine of 32 that included a trio of birdies between the 2nd and 4th holes.

“I got off to a slow start but then really found my game coming in,” said the US-based Vilips, who only last week won an event in Miami at the Orange Bowl.

“I was able to maintain some momentum and get the ball close to the hole to capitalise on the opportunities. Tomorrow I’ll try and do the same, but to be in this position in a tournament such as this is very pleasing.” 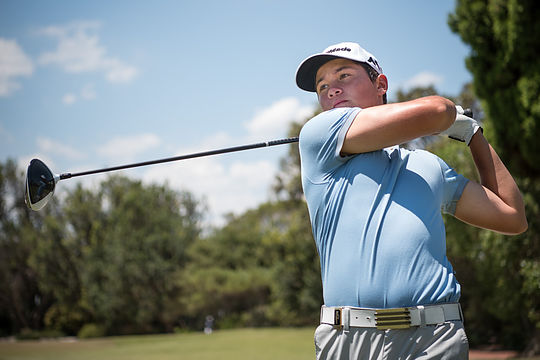 Dann, who is also coming off an impressive season including victories at Keperra and Mandurah, at one stage got to five under before a costly error on the short par 4, 14th lead to a triple-bogey.

A birdie on the difficult 18th to close out his round will give the Queenslander a lift moving into the second round.

The field certainly was challenged with the pin layouts, particularly on the 5th where a number of players including the reigning US Junior Champion Min Woo Lee found difficulty.

The difficulty the field faced on the West Course during the opening day was clear on the scoreboard with only eleven players able to break par and many seasoned players racked up a number including the Australian World Cup team of Harrison Endycott and Travis Smyth who both scored 80.

Eleven players are within three strokes of the Vilips and it promises to be another exciting day of action at the famed Royal Melbourne layout.