Though most of the big names stayed out of the Wyndham Championship PGA Tour event last week, there were plenty of dramas on course.

Camilo Villegas won for the first time since 2010, to advance to the FedEx Cup playoffs, which begin this week at Ridgewood Golf Club, New Jersey. 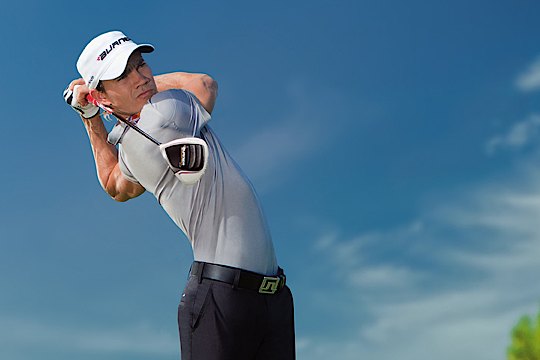 Villegas shot a final round 7-under 63 and finished at 17-under after four birdies and an eagle on the front nine, to then card a birdie on the par-5, 15th to take the lead into the clubhouse.

He watched anxiously as the rest of the field came in before celebrating his fourth PGA Tour title and first since the 2010 Honda Classic.

It was also Villegas’ first top-10 finish of the year on the PGA Tour. The win moved him to No. 37 on the FedExCup points list, up from No. 105.

Villegas had to endure a 40 minute wait before knowing if he had won the title as the rest of the field completed their rounds.

“When the boys got closer to the last hole, you can get a little anxious,” Villegas said. “You don’t have a golf club in your hand. You can’t really control it.”

Nick Watney was at 17-under at one stage and appeared headed for his sixth PGA Tour victory before he ran into trouble on 14 and picked up his third bogey of the tournament and second of the day.

A double bogey after his tee shot bounced past a cart path and out of bounds on the last dashing Watney’s chances for another PGA Tour win.

Bill Haas and Freddie Jacobson finished in a tie for second at 16-under, with Heath Slocum in outright fourth.

Villegas was ranked 12th in the world when he made the 2010 The Honda Classic his third PGA Tour title. Since then the Colombian has ventured to Q-School in 2012, as well as a stretch of 73 events where he has only posted two top-10′s.

When he came to the Wyndham Championship, Villegas had tumbled all the way to No. 254 in the world rankings, yet he never lost sight of returning to the top.

“You got to stay strong and keep working,” says Villegas.

“I’ve always done that. I’ve always been a hard worker and always kind of believed in myself, sometimes more than others and, again, just happy to be right here right next to this trophy.”

Stuart Appleby was the best of the Australians finishing at 7-under and in a tie for 38th with Steve Bowditch in 57th position.

The 2013-14 FedExCup Playoffs begins this week with The Barclays before heading to the Boston area, then Denver and finally to Atlanta.

The field of 125 eligible players will be reduced to 30 by the time of the TOUR Championship commencing the week of 8th September in Atlanta at the East Lake Golf club.