Scott Vincent won twice on the Japan Tour last season and two weeks ago added another title to his resume at the Gate Way To The Open Mizuno Open.

“It’s amazing. This is the tour I started on, so obviously it’s nice to get the first win out here. It has felt like a long time but my game is trending in a good direction,” said Vincent of his maiden Asian Tour win.

The 30-year-old began the final round a shot behind Australia’s Travis Smyth, who pushed him all the way to the end with four birdies from both players across the back nine holes proving an exciting end to a thrilling event. 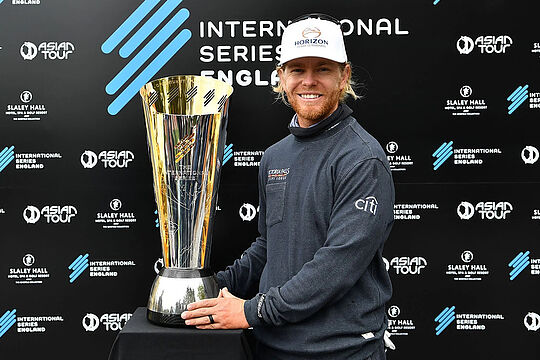 It was Smyth, however, who blinked first with a bogey at the 18th hole undoing a birdie at the par 3, 17th to share the lead and dropping him back to 11-under and one shot short of forcing a playoff with Vincent.

The finish was good enough for Smyth to earn a spot in this week’s $25 million LIV Invitational Series at Centurion Club in London, which is offering a record first prize pool of $4 million.

“Awesome week. Coming into the week I just really wanted to play solid,” said Smyth, who took home US$220,000 for his efforts.

“I did not have any expectations. If you could have said at the start of the week I was going to finish second and had a chance to win. I would have taken it. It was a lot of fun, I learned a lot, and I can’t wait to be in the position again.”

Also earning a tee time for this Thursday’s LIV Series event was Sydney’s Kevin Yuan, who finished in a share of 9th place alongside Wade Ormsby, who was already in the LIV Series field.