They say you learn by your mistakes and Australia’s Anthony Quayle will be looking back at what went wrong following his playoff loss to Zimbabwe’s Scott Vincent at the Gateway to The Open Mizuno Open in Japan.

Quayle entered the final round with a four-shot lead and looked almost certain to capture his first Japan Tour victory after coming close previously at the 2018 The Crowns (T2) and 2019 Casio World Open (3rd). 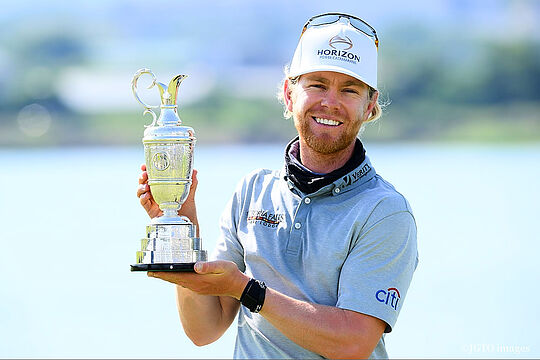 The Queenslander, who plays out of the Gold Coast’s Sanctuary Cove, matched three birdies with three bogeys to card a lacklustre even-par 72. Meanwhile, Vincent pounced with a bogey-free 7-under 65, including a birdie at the final hole, to leap from 11th place overnight into a share of the lead on 12-under to force the sudden-death playoff.

Returning to the18th hole, both players squared the 552-yard final hole. However, on their second trip, it was Vincent, who provided the knockout blow with a second par enough for victory up against Quayle’s bogey six.

“I had no idea where I was standing [on the leaderboard] when I walked up to the 18 and when I realised that I was sitting second. To make the playoff and then win it, that was pretty amazing and unbelievable!” said Vincent.

“I just focus on sticking to my routine and giving myself the best chance. And this is one of those weeks that has worked out well for me.”

Also on offer this week was a chance to earn a ticket to the 150th Open Championship from July 14-17 at St Andrews. Along with Vincent and Quayle, Australia’s Brad Kennedy and Filipino Justin De Los Santos stamped their passports to Scotland finishing in solo 3rd and 4th places.

Playing in his fourth Open, Kennedy is excited at the prospect of playing in the 150th Open at the home of golf.

“It’s another start in The Open, and the 150th Open will be my fourth Open, two years in a row. I have to make a few travel plans now,” said Kennedy, who backs up after a 4th place last week at the Golf Partner Pro-Am.

“It’s going to be exciting, and the crowd will be unbelievable, and playing at the St. Andrews Old Course is one of those golfing moments you always dream about.”

David Brandson and Japan Tour veteran Brendan Jones were the last of the Australians to make it through to the weekend closing in a share of 32nd and 36th respectively.