So the little brother of Australia’s top woman player Minjee Lee will this week take what many would agree is an inevitable plunge into the professional ranks when he plays in the Abu Dhabi HSBC Championship on the European Tour. 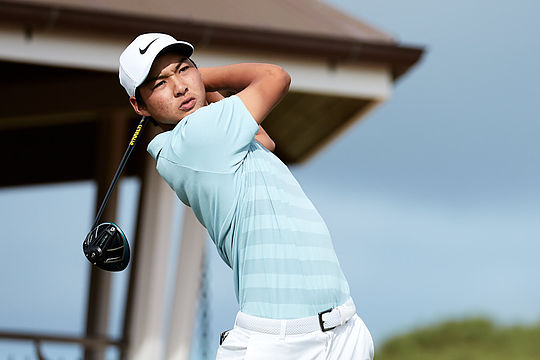 And while that is the second-biggest tour in the world, Lee makes no secret of the fact his long-term ambition is to ply his trade on the even-richer US PGA Tour.

And that may be closer than you think as Lee has also been offered a start in the Panama Championship on the secondary Web.com Tour early next month.

If he can play well there, then more offers are certain to open up for a young man currently ranked the No. 5 amateur in the world.

“People have been asking me for a little while, but I’ve now proven to myself that I can compete at the highest level and my team and I feel that there are good opportunities ahead.”

“I got through the first two stages of [US] Web Q-School and narrowly missed my card at the final stage.”

“So I’m going to play against the pros knowing that I can already compete.”

“For that I have a huge thanks to offer to all who’ve helped me reach this stage, especially my coach Ritchie Smith, physio Martin McInnes and strength and conditioning coach Jordan Stares.”

“I also have to thank everyone at Golf Western Australia and the high performance team and others at Golf Australia who have all had my back through the past few years.”

“It has been an amazing ride and I can’t wait for the next chapters on the next stage, wherever they might be.”

Lee has already played more than a handful of professional tournaments and reached the quarter-finals of the European Tour co-sanctioned World Super 6 Perth last year.

And twice he was prominent in the Asia-Pacific Amateur Championship and was a key member of several Australian and international teams, including at the World Amateur Teams Championship last year in Ireland, where he was sixth individually.