She always threatened to be something special.

Now young West Australian golfer Minjee Lee has shown her class by qualifying for a crack at the richest women’s professional tour in the world, the US LPGA. 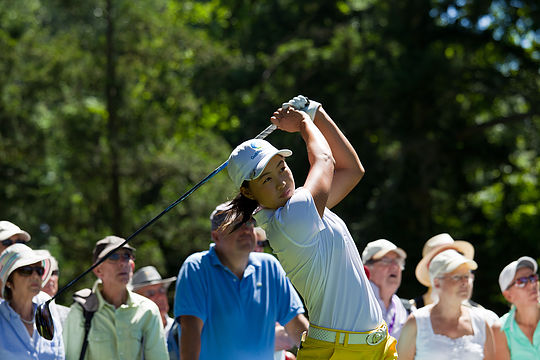 And Lee did it with all the flair and talent she has been displaying on Australian and US courses over the past 12 months while competing as one of the world’s leading amateurs.

The 18-year-old showed her decision to turn professional was warranted by winning the LPGA’s qualifying School at The Hills course at LPGA International near Daytona, Florida.

Lee shot a final-round 73 to lift herself from third to share medallist honours with American Alison Lee, with both young women finishing 10-under-par after five gruelling rounds.

Naturally Minjee was the best of the five Aussies chasing cards with Coffs Harbour professional Emma De Groot also giving herself plenty to look forward to after finishing tied for 38th to secure conditional status for the Tour in 2015.

Perth’s Jayde Panos was so near, yet so far as she narrowly missed the 21-45 slots by a shot after finishing in a tie for 46th.

Like Melbourne’s Su-hyun Oh (T70th), Panos will have to be content with competing on the LPGA’s secondary Symetra Tour.

Minjee, the runaway Victorian Open champion in February, was one-under through 15 holes in her final round before bogeys at the 16th and 17th holes allowed her namesake, Alison Lee to join her atop the leaderboard before the pair finishing locked together.

De Groot also looked on track for a full card before consecutive bogeys at the fifth and sixth then another at the 14th saw her drop out of the top 20.