Waite in, Fowler out for 2015 Champions Tour

Australian Peter Fowler has come up one stroke shy of a conditional card for the over-50s Champions Tour at the 2015 Qualifying School in Florida last week.

Despite a final round 71, the Auckland resident missed out on conditional status offered to places 6 – 12, which would have guaranteed a limited number of starts next year. 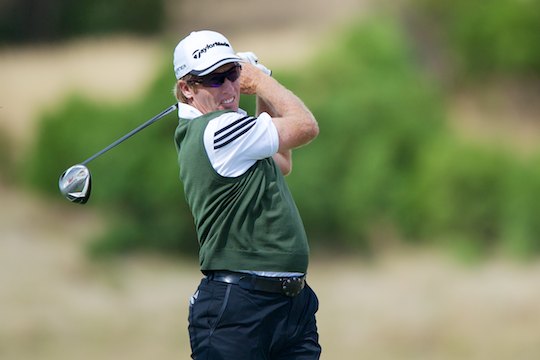 Ironically, New Zealander Grant Waite, who is a resident of the United States, finished in second position behind American Frank Exposito and earned one of the five fully exempt cards on offer.

The 50-year old won once on the PGA Tour back in 1993 but has spent more time coaching others than playing in recent years. Waite was spoken about recently as a potential coach for Tiger Woods, but both parties will be pursuing other directions in 2015.

“Today I did everything very well. It was exciting to play like this in the final round of the Tour Q-School and I look forward to next year.”

Fowler was bidding to join Steve Elkington and Peter Senior on Tour next year, although Senior has lost his full exemption after finishing in 44th place on the money list in 2014.

Senior did not attend last week’s Qualifying School after recovering from shoulder surgery that has him sitting out the Australian summer events for the first time in over thirty years.

Elkington is fully exempt due to his combined PGA and Champions Tour career money status.