American Jimmy Walker blew away the field with a seven-under-par 63 to win the Sony Open for the second straight year and his fourth PGA Tour career victory.

Walker shot 62-63 on the weekend and set a tournament record with a nine-shot victory as he finished at 23-under with fellow American Scott Piercy closing with a 66 to finish alone in second at 14-under. 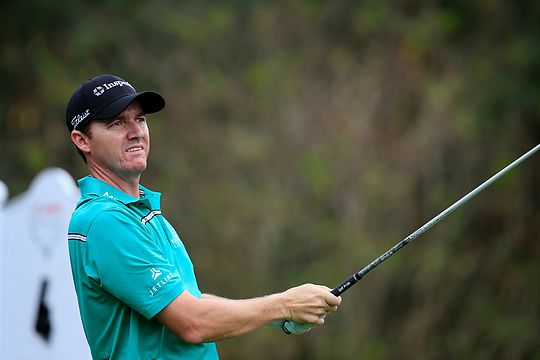 The victory made amends to the Walker’s result the previous week at the Tournament of Champions where Walker had a three-shot lead with five holes to play at Kapalua but wound up losing to Patrick Reed in a playoff.

“I really wanted to finish out the day like I didn’t do last week,” Walker said.

“The wind picked up this afternoon, it was tough, it played tough, and I just kept grinding, having good shots, putts and that’s what I wanted to do today.”

Jason Day and Stuart Appleby where the best of the Australians finishing at 10-under for a share of 17th position.

Day, who finished brilliantly in Kapalua with a course record 11-under-par 62 for a tie for third, was generally pleased with his game and his start to the year.

“I gave myself some opportunities out there again, and definitely coming off the form from last week, and I’m definitely confident in the way I’m playing right now,” said Day.

“I feel really good about where everything is. I spoke yesterday, too, about how I feel about the game and how hard I’ve worked in the off‑season to get to this point. Early in the year, feeling good.”

Day presently sits 39th in the FedEx Cup Standings with Appleby back in 94th position.

The top Aussie currently is Steven Bowditch at 14th, who finished in a tie for 37th on Sunday along with Marc Leishman at 7-under-par as the next best Aussies behind Day and Appleby.

Matt Jones was the last Aussie to make the weekend and finished well down the leaderboard in 70th position.

The cut came in at 2-under with Cameron Percy, Robert Allenby and Geoff Ogilvy all having time on their hands for the weekend.