Walker was never headed over the final round posting a two under par 70 to win by four shots with an 11-under par tally on the TPC San Antonio course. 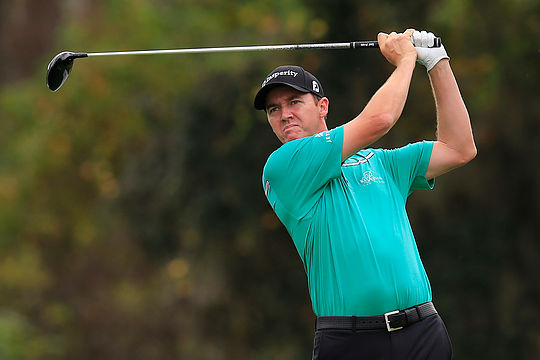 “(Spieth) really made me fight hard,” Walker said. “He kept hitting it close, and I had to keep making putts.”

The 36-year-old Walker captured the Sony Open in Hawaii by nine shots in January and has a tour-best five victories in the past two seasons.

The effort of Spieth has seen the ultra-talented Spieth move to No. 4 in the World Rankings.

“It actually looked like I had a chance,” said Spieth, seven shots back with eight to play. “I didn’t think that would be possible. You’re never out of it in this game, but Jimmy shut that down pretty quickly with his made putts.”

Walker and Spieth will move to career highs in the Official World Golf Ranking, with Spieth going from sixth to fourth and Walker from 13th to 10th.

“That’s cool,” Spieth said. “But I’m not pinching myself, because there are three guys ahead.”

FedExCup champion Billy Horschel was third at 4 under after a 71.

Cameron Percy finished the best of the Aussie field at T15 following a final round 69. Aaron Baddeley, who was well in contention following opening rounds of 68 and 71, faded across the weekend to slip in to equal 20th.

Baddeley was the talk of the PGA Tour following his tee shot on the par-4 17th on Thursday. He would have had the honour of shooting just the second hole-in-one on a par 4 in PGA Tour history had it been his first shot off the tee.

After deciding to take an unplayable penalty, Baddeley then decided not to try and pull off the shot he attempted the first time…and it worked.

Andrew Magee holds the title for the only hole-in-one on a par 4 in PGA Tour history.

Matt Jones closed the tournament in a tie for 26th with an opening round of 77 dampening his chances this week.