Wallace birdies his way to Made in Denmark win

England’s Matt Wallace won the Made in Denmark event coming out on top of a four-way playoff after making birdies on five of the last six holes in a dramatic final day run on the European Tour.

Wallace then went onto make two birdies on the 18th playoff hole with Lee Westwood and Jonathan Thomson going out at the first play-off hole, with Steven Brown missing at the second. Wallace’s three birdies on the 18th on Sunday saw him claim his third European Tour title of the season. 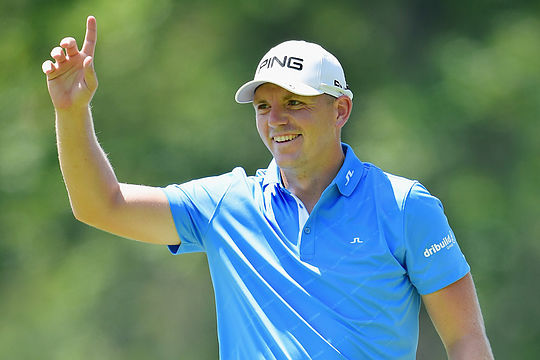 Wallace, a winner of the Indian Open and the BMW International Open earlier this year, certainly has improved his chances for selection for the Ryder Cup team with captain Thomas Bjorn no doubt considering his team options.

“To win in the way I did was pretty special,” said Wallace. “That shows my determination and grit, that’s what I’m all about. I don’t shy away from the big occasion. To get a pick for the Ryder Cup would mean everything.”

South Africa’s Erik van Rooyen birdied three of his last four holes in a 65 to finish a shot out of the play-off and one ahead of local hero Lucas Bjerregaard, who delighted the home crowds with a chip-in eagle at the 12th in his 66.

Nick Cullen finished the best of the Australians at 6-under for a share of 49th position, followed by Marcus Fraser and Matthew Millar, who shared 56th position at 5-under.

Brett Rumford finished at 4-under one ahead of Jason Scrivener to round out top-60 finish and the Aussies to make the weekend.