American Nick Watney has been forced to withdraw from the RBC Heritage after testing positive for coronavirus prior to round two.

The 39-year-old delivered a negative test before the tournament and shot a three-over-par 74 in the first round before undergoing another test after becoming symptomatic. 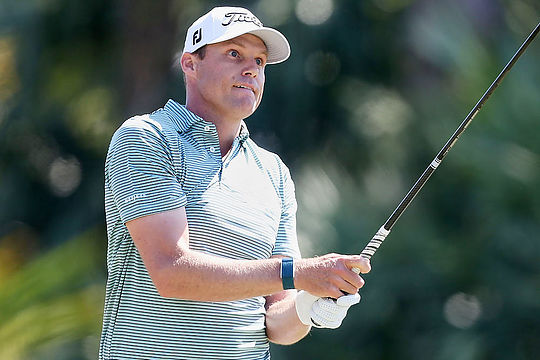 Witney’s result brought the reality of the pandemic home in only the second week of the PGA Tour’s reshuffled schedule. Now the hope is that Watney did not spread the virus to others.

In a statement, the PGA Tour said, “for the health and well-being of all associated within the tournament…the tour has begun implementing its response plan in consultation with medical experts including working with those who may have had close contact with Nick.”

It is believed Watney travelled privately to Hilton Head, rather than taking the plane chartered to shuttle players from Texas to South Carolina.

Watney’s first round playing partners, Vaughn Taylor and Luke List, were notified of the result through nine holes of the Friday’s second round.

The PGA Tour has attempted to create a bubble of its key people at tournaments, designating player hotels as an option and urging everyone to avoid outside contact. Some players have been renting houses but there is no regulation about eating out in public places.

Interestingly Justin Thomas had this to say about the locals in Hilton Head following Watney’s positive COVID-19 test result.

“I mean, no offense to Hilton Head, but they’re seeming to not take it very seriously. It’s an absolute zoo around here. There’s people everywhere. The beaches are absolutely packed. Every restaurant, from what I’ve seen when I’ve been driving by, is absolutely crowded.”

“Unfortunately, that’s not on Nick because I know he’s very cautious and has done everything he can, but I would say a lot of people in this area of Hilton Head just aren’t.”

According to the tour, a total of 369 players, caddies and essential personnel underwent on-site testing before the start of the tournament, with no positive results.

Last Saturday, 98 people took a test as a condition of taking one of the chartered planes.

There were 954 total tests without a positive result in the first two weeks of the tour’s restart following the 13-week shutdown amid the coronavirus pandemic.

The PGA Tour is scheduled to play this week in Cromwell where the Travelers Championship organisers are testing everyone including volunteers and media who will be on property.

Watney, who has five PGA Tour victories, must now self-isolate in South Carolina for 10 days at the Tour’s expense. There were 11 others the PGA Tour identified as having come in contact with him all were tested on Friday, with the results returning a negative result.