Watney unsure about playing in Sydney

Nick Watney is certain to make the USA Presidents Cup team later this year having won twice in 2011 on the PGA Tour.

But the current No. 1 ranked player on the FedEx Cup Series said he’s uncertain if he will travel to Sydney ahead of the Presidents Cup to compete in the Australian Open. 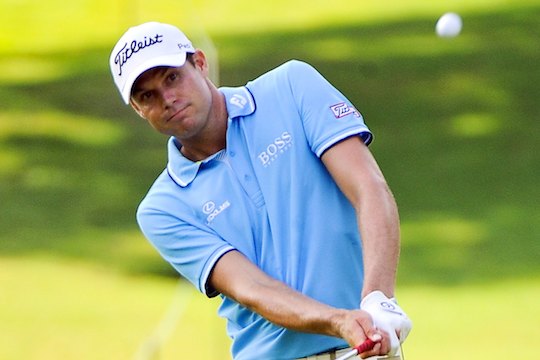 Watney, who was born on Anzac Day, 1981, has captured two PGA Tour events this year – the AT & T National and WGC – Cadillac Championship in March.

The Californian has been to Australia just once but it was not a happy occasion for Watney. He contested the Nationwide Tour’s 2004 Jacob’s Creek Open at Kooyonga in Adelaide, shooting scores of 79 and 83 for a 20-over par score.

However, Watney managed to string it all together nine months later to earn his 2005 PGA Tour card in capturing the Nationwide Tour Championship.

It’s the form that would thrill Sydney fans and add to the strong star-spangled presence in the Harbour City.

“It’s still up in the air if I will play in the Australian Open,” Watney told Golf Grinder.

“But while I haven’t made up my mind, I’m definitely considering competing in Sydney. It’s been so long since I was last in Australia.

“I’m looking forward to the Presidents Cup but I’m not sure about the Australian Open.”

A definite non-starter in Sydney will be four-time Major winner, Phil Mickelson who is committed to contesting the Barclays Singapore Open being staged the same week as the Australian Open.

Woods said he was eager to return Down Under and end his 15-year Aussie Open drought.

“I’m very excited to be competing in the Australian Open,” said Woods.

“I haven’t played in the tournament since 1996, and I’m anxious to return. I have a great affinity for playing golf in Australia and I’m looking forward to competing against an outstanding field at The Lakes in Sydney.”

The 2011 Australian Open will again be broadcast on Network Ten for all four days of the championship.