The Riversdale Cup is Australia’s second oldest amateur championship having first being played in 1896 and is a national trial event our amateurs want to win.

The championship is not only steeped in history – the first tournament was contested two years after the Australian Amateur was first played in 1894 – but recent winners like Robert Allenby (1990-91), Brendan Jones (1998), Aaron Baddeley (1999) and Michael Sim (2004), Scott Arnold (2008), British Amateur champion Jin Jeong (2010) and last year, Jake Higginbottom. 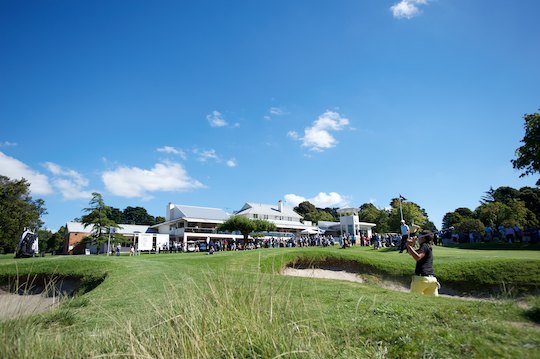 This year is the event’s 118th championship, which starts Thursday around the magnificent Riversdale Golf Club, and sees the combining of the Ladies and Men’s championship into the same 72-hole stroke play format.

At 6027 metres Riversdale Golf Club is not overly long by modern day standards. The course is presented in raw historic style with wispy rough surrounds, pure greens and manicured fairways.

It’s a layout that rewards the straight hitter who need not be overly long off the tee, yet the real scoring will be done on the ever quick greens.

Jordan Zunic, winner a fortnight ago at the Tasmania Open, is also in the field.

Zunic, who was runner-up to Nathan Holman at the 2012 Mandurah Open, has recorded nine top-10 finishes in main amateur events in the last twelve months and will be a player to follow this week in Melbourne.

Holman is also in good form after a runner-up finish at the Victorian Open where the 22-year-old took top amateur honours. Holman is familiar with the Riversdale layout and will be looking to add to this 2011 title.

With events of this nature it is hard not to feature world number 2, Brady Watt.

Since winning the 2012 Keperra Bowl, Watt won the Dunes Medal and has amassed four runner-up finishes, including narrowly missing the Western Australian Open on the Australasian Tour.

Watt took medalist honours at last month’s Australian Amateur and has forged his way onto the world amateur circuit.

Should Watt be in the mix on Sunday, you cannot help but think another amateur title will come his way.