World number two amateur, Brady Watt, fired rounds of 66-70 for a three stroke lead over Sam An following the opening two rounds of the Riversdale Cup in Melbourne.

Watt has been the standout Australian amateur performer this season with wins at the Keperra Bowl, Dunes Medal and was medallist at the Australian Amateur in February. 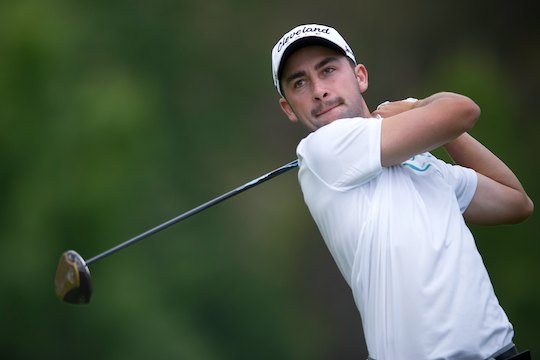 His world ranking of number two is the best result by an Australian amateur since the R&A rankings started.

With overseas commitments under plan, Watt has the game and potential to become the first Australian amateur to reach number one.

Nathan Gatehouse is in third position with rounds of 73-67, while Geoff Drakeford, Dylan Perry and James Gibellini, Ruben Sondjaja are four behind Watt.

First round leader Chris Brown was not able to repeat his opening score of 66 and returned a second round of 75 to be five behind Watt.

Nathan Holman, Brett Drewitt, Rory Bourke and Jordan Zunic are well behind Watt and will need to produce something special to challenge for this event.

In the women’s championship Su-hyun Oh has a three shot lead over Tatiana Wijaya, with Grace Lennon seven behind Oh.