Brady Watt rebounded brilliantly in the final round of the Riversdale Cup for a three stroke victory over Ruben Sondjaja and Brett Drewitt in Melbourne.

The world number 2 put aside a frustrating third round 76 to card a closing 2-under- par 70 to finish at 6-under-par and in the process claim his third national trial event title in twelve months after winning the Dunes Medal and the Keperra Bowl.

Entering the last day with with a share of the lead with the talented Brett Drewitt, the championship title could have fallen either way. Drewitt had his chances – no more so than on the 16th when a delicate up-hill putt lipped out – yet Watt held his nerve.

Had the putt sunk on the 16th for Drewitt the momentum would have swung his way, with the pair locked at 5-under with two to play and the honour going to Drewitt on the 17th tee.

Watt in contrast played solid golf, hitting fairways and greens and is a deserved winner of this fine championship title.

“This is a very satisfying victory,” said an elated Watt. 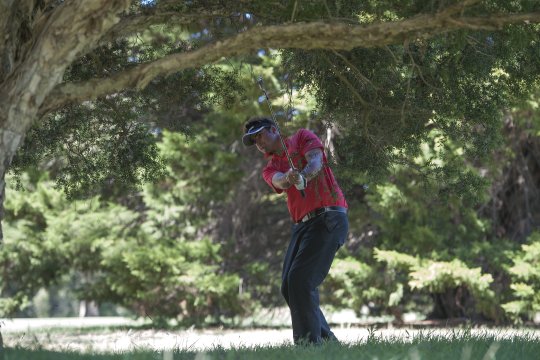 Brett Drewitt chips back from under the trees on the 6th during the final round of the Riversdale Cup in Melbourne (Photo: Anthony Powter)

“Yesterday was a difficult day and it’s been a big challenge all week. It was a grind out there. None of us hit perfect shots, we had to get it up and down out of the rough plenty of time and then hit clutch six footers. It was a tough event and to come out on top is great.”

Watt was not the only player having trouble around the greens, with the pins tucked in challenging places and sticky inconsistent rough swallowing any errant approach shots.

“Everyone was having trouble around the greens,” said Drewitt.

“It was a great challenge for all the field. I played well, just could not get the putter going – but full credit to Brady with this win.” 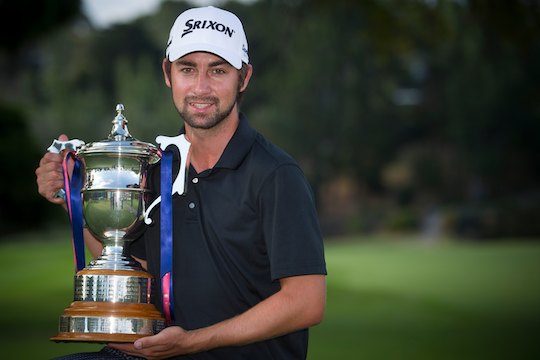 Victory at Riversdale will not give Watt the world top-ranking, yet it was timely nonetheless.

“I have my state amateur back home and this gives me plenty of confidence,” said Watt.

“It will be great to get back home and compete for our state title. Then I will head to the UK and US and are really looking forward to the European and US summer.”

Equal with Drewitt at 3-under was Ruben Sondjaja after an impressive 2-par final round.

New Zealand’s Compton Pikari, Thomas Horan, Todd Sinnott and Rory Bourke finished in a tie for 4th position at 2-under.