Web.com Tour to kick off 2017 season in Bahamas

Talk about mixing business with pleasure!

Players will be sorely tempted to kick back and relax on the secondary Web.com Tour when it hits off in the New year. 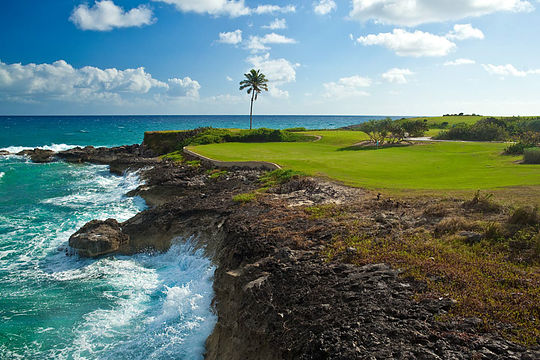 For the first time in history the Tour that produces so many graduates to the main US Tour will open its schedule in the Bahamas.

It was revealed last week that two events would open the 2017 Web.com schedule on the tiny island nation.

You may recall last year the Web.com Tour season began on the final week in January with an event in Panama.

According to the US Tour, both Bahamas events are to also feature unique scheduling, with first-round competition on Sunday and the final round played on Wednesday.

“I’m confident that the ground-breaking nature of the tournament structure, coupled with the scenic beauty of The Out Islands, will make for a fantastic television product for our fans.”

While this will mark the Web.com Tour’s first event in the Bahamas, there is already an LPGA event played there while the Tiger Woods-hosted Hero World Challenge, an invitation-only event on the PGA Tour, is also played there.

Even better news for Australian fans is the revelation the season-opener will be decided on a Greg Norman signature course at Sandals Emerald Bay.

The following week’s second event is to be contested at the Abaco Club, a course that claims Ryder Cup skipper Darren Clarke among its residents.