You don’t just pull major champions out of thin air…let alone lure them to your golf course.

So it’s a major coup of organisers of the 2016 Oates Vic Open that they have been able to tempt Australia’s best-ever woman golfer, Karrie Webb, to tee it up at Thirteenth Beach Golf Links in the February 4-7, 2016 event. 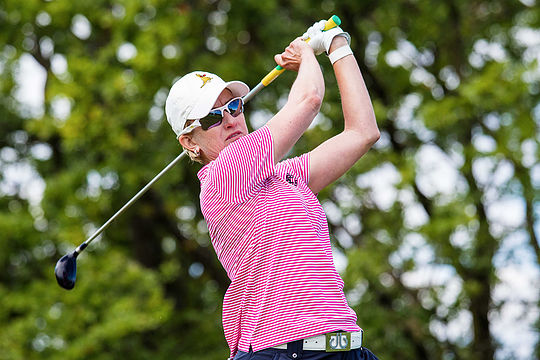 Webb will ensure a big crowd of fans flock to watch her in action and chase her 58th professional victory.

It will also be a another first for Webb as it will be the first time she has played alongside a men’s field as both the men’s and women’s Vic Opens are run as a combined event.

“I have heard a lot about the growth of the Oates Vic Open over the past few years and I think it’s a great idea to play the men’s and women’s events at the same time,” said Webb.

“Growing up in a regional town in Queensland [Ayr], I like the idea of taking the Opens outside of the main cities. So taking it to Thirteenth Beach and the Geelong area gets a big vote from me.

“I know Stacey Keating and Minjee Lee have won the tournament previously – they were also both winners of my Karrie Webb amateur series, so it would be quite special if I could join them on the trophy.

“I have spoken to quite a few players about the quality of the golf courses and everyone has been very complimentary.

“This will be an excellent preparation for the ISPS Handa Australian Open and a great way for me to start the year.”

This will also be the fourth successive year that the impressive Thirteenth Beach layout has hosted the Oates Vic Open.

The Oates Vic Open is also a co-sanctioned event on the ALPG Tour and PGA Tour of Australasia.