Trevor Werbylo birdied the third playoff hole to capture the inaugural Lake Charles Championship on Sunday at The Country Club at Golden Nugget.

It was Werbylo’s first victory on the Korn Ferry Tour and earnt him US$135,000. 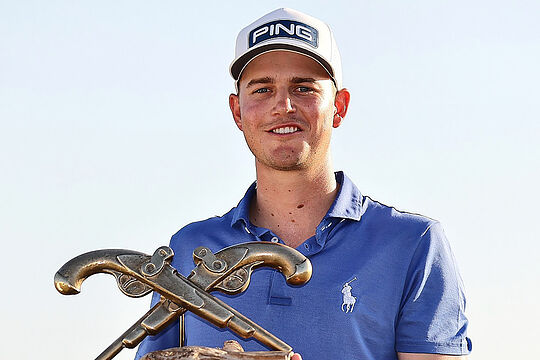 Werbylo outlasted third-round leader Seonghyeon Kim to claim the title. Kim had a one-shot lead heading into the final day but struggled early.

Both Werbylo and Kim missed make-able birdie putts on the first playoff hole, sending them back to No. 18 tee for another go. Werbylo put his drive behind the grandstands the second time around, but he was fortunate to have a stance and relatively clean lie.

Werbylo’s shot from the bushes stopped in the fringe just under 5 metres from the hole. With Kim roughly four metres from the hole, Werbylo was first to play. Both made their birdie putts and extended the playoff before a birdie from Werbylo on the 3rd playoff hole secured the victory.

With the win, Werbylo moves to No. 3 on the Korn Ferry Tour Regular Season Points List, 37 points behind Brandon Matthews, and 55 points behind Carl Yuan.

Harrison Endycott missed the weekend along with Steven Bowditch.

The tournament had been delayed two years first by COVID-19 and then last year due to damage from hurricanes in the region.