Playing in the morning field, Strange fired a course record equalling round of 9-under 63 on the Creek Course to lead the Oates Vic Open after the first round. 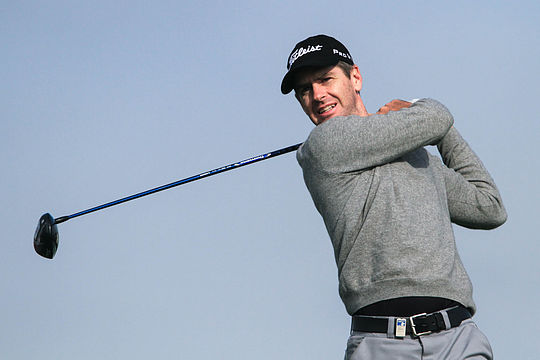 Thanks to putting form reminiscent of his youth, Strange reeled off an eagle and eight birdies before his only mistake of the day coming on his last hole.

Also finding the 9th on the creek course a challenge was Aron Price who also found his only bogey for the day on the par-4. However, a 5-under 67 sees him nicely positioned at tied second on the leaderboard.

Playing in the afternoon field, West Australian Michael Sim was aiming to chase down his roommate, Strange, but fell just short ending the day tied with Price.

David Bransdon was the leading player off the more challenging Beach Course, a 4-under 68 placing him outright fourth.

Rounding out the top-5 on the leaderboard after shooting 3-under 67 are is 2014 Vic Open champion Matt Griffin and West Australians Stephen Leaney, Jarryd Felton, Stephen Dartnall as well as Perth-based New Zealander Michael Long.