Westwood back to his best with Nedbank victory

Starting the final day three shots behind overnight leader Sergio Garcia of Spain, Westwood produced an eagle on the second hole to put him at the top of the leaderboard and set up an enthralling three-way battle with local favourite Louis Oostuizen.

Westwood’s challenge had stumbled earlier when he failed to take advantage of the par-five ninth and 10th with Oosthuizen birdieing both holes as well as the 11th to go clear once again while Garcia kept in touch with birdies at the 10th and 12th.

As the trio battled it out, Westwood would become the victor with Garcia signing for a 70 to finish at 12-under, one shot ahead of Oosthuizen who closed with a 69.

Garcia couldn’t do more than finish with six consecutive pars to end three shots behind, while Oosthuizen was left needing an eagle on the last to force a play-off. Instead, he ended the day with a double-bogey and solo third place on 11-under, one shot behind Garcia. 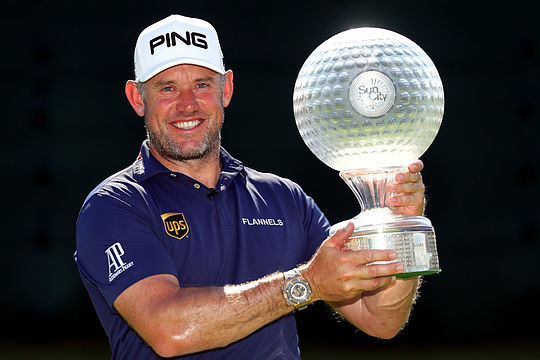 Five back-nine birdies helped Lee Westwood erase a three-shot deficit as the Englishman stormed towards the lead to eventually finish at 15-under-par.

Westwood’s triumph is his third at Gary Player Country Club after the Sunshine Tour’s Dimension Data Pro-Am in 2000 and this event in 2010 and 2011 before it joined the European Tour International Schedule.

The 45-year-old’s last victory came at the 2014 Maybank Malaysian Open and he was fighting back the tears after taking his winning tally to a remarkable 24 on the European Tour and 43 worldwide.

“I’m a bit emotional, to be honest,” said the former world number one. “You’re never sure whether you’re going to be able to do it again.

“Until now my emotions have felt really under control all day which is what I’ve been working hard on. I was just trying to hit fairways and stick to my game-plan and hit it in the right places.”

“I played a pretty flawless round of golf with hitting it into the right areas. There were only a couple of times when I was out of position, which is incredible around Sun City because it drags you out of position and it is intimidating enough off the tee.”

Crowd favourite Rory McIlroy produced a mixed bag during the week as he signed off with a one-under 71 final round, which included a triple-bogey seven at the third and an eagle at the 14th, to tie for 21st on one under.