Yet the former Australian Open champion has done just that as he attempts to stir up the fervor for this week’s eagerly-anticipated Ryder Cup at Hazeltine in Minnesota. 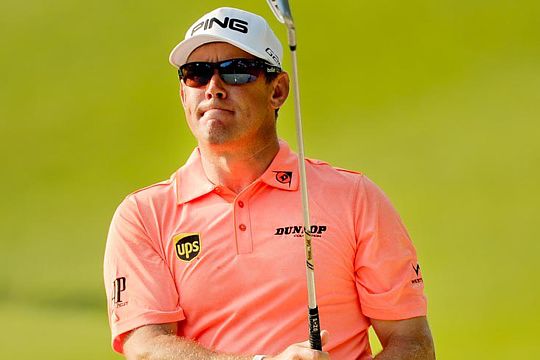 Westwood has questioned whether or not American Ryder Cup captain Davis Love III was the best man for the job in the US.

Westwood told a UK news service that Love’s captaincy was great in Chicago “for a couple of days” during that famous defeat at Medinah in Chicago in 2012.

“I don’t know if something went wrong on Sunday, or the team didn’t play very well for some reason, but that will be in the back of their minds,” he said.

Westwood also queried Love’s stalling on his final captain’s pick before ultimately choosing Ryan Moore instead of Bubba Watson, who was the next-ranked player to miss automatic selection.

“There seem to have been issues about team spirit and chemistry,” said Westwood.

“Love has not picked Bubba Watson and I don’t know what that does for team spirit…he was first outside the points qualification and is No. 7 in the world.”

And in what is certain to incite the Americans and give Love some ammunition, Westwood ever cast a few doubts over Tiger Woods’ selection as one of the vice-captains.

“I don’t know what impact there will be from having Tiger around,” he said.

“They have always struggled to find a partner for Tiger that’s been successful.

“He could have an adverse effect in the team room.

“People have always seemed to try to do too much when they have partnered him.

“It might be different if he’s one of the vice-captains — you don’t know.”

Still Westwood did admit the US had a strong side that was entitled to be favourites when the Cup hits off this week.

“They have got a strong side and probably are favourites, but they haven’t won it for a while and they are playing in front of a home crowd…there is a lot of pressure on them.”