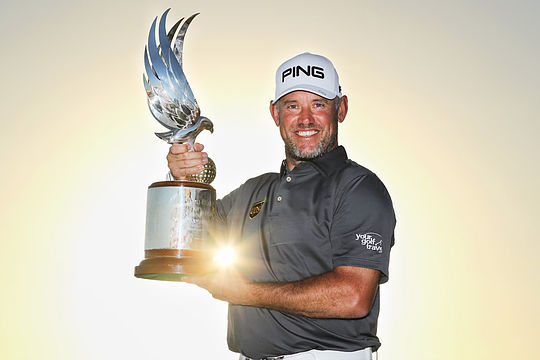 Westwood shut-out a rampaging Tommy Fleetwood and Victor Perez, who both fired final rounds of 9-under 63, with a powerhouse last day 67 to win by two-shots with a 19-under par tally in the UAE capital.

The win is Westwood’s 44th worldwide and his 25th on the European Tour.

Westwood will jump from 63rd to 29th on the World Rankings with the assurance of an 18th Masters appearance and his first Augusta National tee time since 2017.

Westwood has a stellar record at Augusta, finishing in the top-10 six times with two-runner up finishes in 2010 and 2016.

He will also be eligible for the WGC – Mexico Championship and now takes a big step up the European Tour Ryder Cup rankings.

“I’m not sure I can take any more Ryder Cups. Played ten, and it was good watching the lads last time.”

“But you know, obviously if there’s a chance of that, then I might as well go for it. It’s nice just to come out and keep proving that you’ve still got it.”

Scott Hend topped the Australians in the field this week finishing in a share of 17th at 11-under with Zach Murray another shot back in equal 21st.

Wade Ormsby (T51), Jason Scrivener (T59) and Lucas Herbert (T67) all made it through to the weekend.