What a difference a year makes for Geoff Ogilvy

Geoff Ogilvy had a touch of the hang dog about him during the final round of the Emirates Australian Open of 2014. As Jordan Spieth was carving out his memorable 8-under final round of 63, Ogilvy appeared a dispirited figure trudging his way to a tie for 71st place on the back of a final round 80.

Fast forward a year and the 2006 US Open champion was all smiles after posting a three-under 68, playing alongside Spieth and Lee Westwood, in the fluky winds that tested the field in round one of the Emirates Australian Open at The Australian Golf Club. 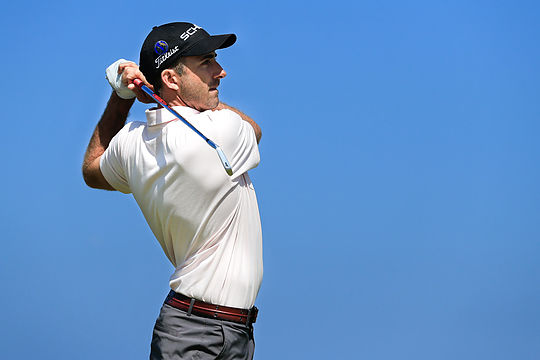 Despite a series of missed cuts in recent starts, Ogilvy has felt his game has been on the rise since posting a top 20 finish at the U.S. Open at Chambers Bay.

“I’ve only played five times since the U.S. Open and when I came back, it was right in my head about technique because I’ve been working really hard on that. I’ve hit it better and better every week and I’ve felt better about my golf swing over the past two years.”

“I’ve just been driving myself a little crazy with the putter.”

Ogilvy raced to four-under through six holes but gave two back on the 17th and 18th (his 8th and 9th). A clutch 12-foot par save on the 4th hole was key before posting birdies on the 5th and 7th. A dropped shot on the 9th was a frustrating way to end the day but Ogilvy was more than pleased with ‘anything under par’ in the conditions.

Playing partners Westwood and Spieth shot rounds of 70 and 71 respectively, Spieth bogeying the final hole after being confused by the wind gusts.

The Australian Golf Club members will be thrilled to hear of the praise Ogilvy heaped on the presentation of the golf course, which has matured another year from the Jack Nicklaus redesign in 2013.

“It’s incredible. It’s conditioned as well as any course I’ve ever seen anywhere in the world,” Ogilvy said,

“The greens are great to putt on. It feels like you’re the first group out there on every hole, there’s no evidence anyone else has been out there.”