What next for Woods, Mickelson after US Open cut?

It was a long shot but as Tiger Woods proved at the Masters last year you write off the 15-time major champion at your own peril.

Fast-forward to the end of round two, however, and the fairytale was over as Woods, Phil Mickelson, defending champion Gary Woodland amongst others headed home after succumbing to the infamous Winged Foot West. 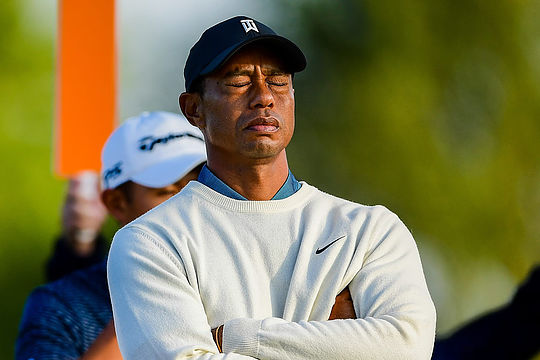 Tiger Woods missed the cut by four shots at the 2020 US Open (Credit: USGA)

“It’s frustrating that I’m not going to be here for the weekend. It feels like the way the golf course is changing…that anybody who makes the cut has the opportunity to win this championship. I didn’t give myself that opportunity,” said Woods following rounds of 73 and 77.

While the 44-year-old missed the cut in just three majors from 1996 to 2014, he has not made it through to the weekend in eight of his last fifteen tournaments.

So what’s up next for the former World No.1?

“Well I’m not going to be swinging a club for a little bit. And then after that, [I’ll] take a little break. And then refocus and get back after it. There’s still one more major to go, and my title defence at Sherwood [at the rescheduled ZOZO Championship]. We have a couple big, big things ahead of us.”

Missing the cut is never pleasant but when you’ve just turned 50 and the owner of the dubious title of 6-time US Open runner-up, things don’t get any easier.

So it was a deflated Mickelson, who may have well played his final US Open and with it the chance to finally complete the Grand Slam of Golf.

Just five players have won the career Grand Slam including Tiger Woods and Jack Nicklaus. Not in that list are some of the greats of golf including Mickelson.

Both Sam Snead and Mickelson failed to pick up the US Open while Arnold Palmer amazingly never won the PGA Championship.

Even the great Byron Nelson couldn’t get across the line at the Open Championship. To be fair World War II robbed him of his best years and on the one occasion he played the tournament during his prime, he finished 5th.

Despite all the baggage, Mickelson seemed upbeat about returning to the scene of one of his most heartbreaking near-misses.

“It’s fun for me to return, it’s fun for me to come back here. I love the people here and I’m sorry they weren’t able to come out to the tournament. But I think it’s one of the best golf courses that we play and play majors on and it was fun for me to have to play and compete here one more time,” said Mickelson, who closed with a 74 following Thursday’s horror opening round 79.

“I’m going to head home and take a few weeks off and go from there.”

Of course, Woods and Mickelson weren’t the only major casualties with Justin Rose, Jordan Spieth, Sergio Garcia and Henrik Stenson failing to make a mark. Brooks Koepka didn’t even make it to the first tee after pulling out due to his ongoing knee injuries.