On the eve of the 2014 Open Championship the air is buzzing with anticipation and excitement as to what will unfold this week at Royal Liverpool.

Phil Mickelson attempting to defend his British Open title, Justin Rose is going for three wins in a row, Jordan Spieth and Rickie Fowler are eyeing off their first major. 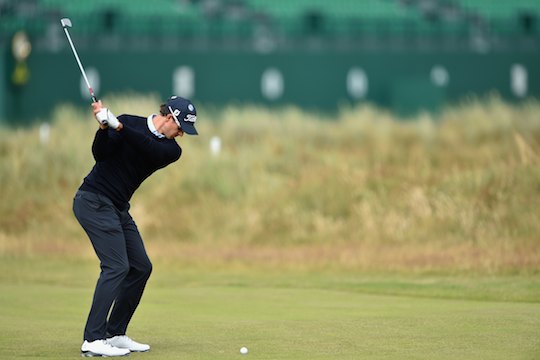 There are plenty of story lines.

After an extended run of first-time winners at majors, the last few majors have featured a lot more consistency. Masters winner Bubba Watson and US Open champion Martin Kaymer had each won major events before this season, while the last two British Open winners, Phil Mickelson and Ernie Els, have nine majors between them.

Adam Scott certainly has most people talking this week in Liverpool with the world number one showing great form from the limited number of events that he’s played. The Aussie has made the cut in all 10 of his PGA Tour starts this year and has been in the top 25 in nine of them.

Scott has a late tee on Thursday afternoon and is grouped with Justin Rose and Jason Dufner. The Championship is expected to get underway with dry conditions, but the threat of storms will linger for the remaining three rounds.

There’s no reason to expect that Tiger Woods will have success this week in Liverpool but it’s great to see him back.

Woods has spent most of the past few months recuperating after undergoing surgery to repair a pinched nerve in his back. His only competitive appearance since March took place at the Quicken Loans National at Congressional Country Club.

Despite missing the cut with a score of seven strokes over par, a major is not the same unless Woods is in the field. Woods blasted the field the last time The Open was at Royal Liverpool winning the 2006 title with a score of 18-under.

The course will play 54 yards longer at 7312 yards (6686 metres) than it did when Woods won and several bunkers have been removed. But broken ground has been added to some areas of the rough and getting approach shots to hold on some greens will be tougher, calling for precision iron play and placement from the tee.

Rory McIlroy’s game has been dampened recently with inconsistency which has killed him this season.

This was seen last week at the Scottish Open, when McIlroy posted rounds of 64, 68 and 67 to keep himself in contention, but a 78 in round two left him well off the lead.

McIlroy has finished outside the top-10 in four of his last five starts at The Open and he’ll be looking to reverse that trend.

Graeme McDowell is coming off a strong French Open win in which he came back from eight down on Sunday and he finished T5 two years ago at the British Open. This is a course which will suit his game and it will be no surprises if he wins this week.