Wie breaks the drought at home in Hawaii

Oahu-local Michelle Wie overcame a four-stroke overnight deficit to win her first event on American soil, and her first since 2010, at the LPGA Lotte Championship in Oahu, Hawaii.

In front of large and appreciative galleries on her home course, Wie was near flawless in carding six birdies and a solitary bogey at the last for a five-under par 67 and a 15-under par total, finishing two clear of overnight leader, Angela Stanford. 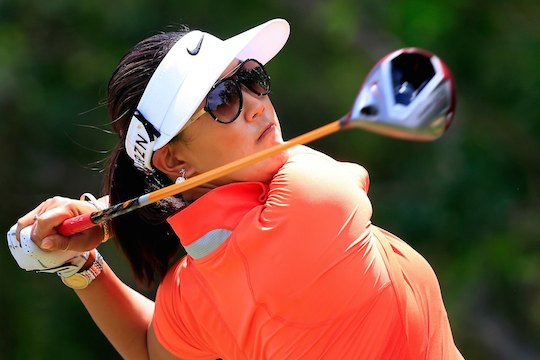 World No. 1 Inbee Park matched Wie’s final round score to finish alone in third place at 11-under.

After coming so close in the LPGA’s first major just two weeks ago, victory was sweet for Wie in front of Hawaiian family, friends and fans who have supported her through thick and thin since she first arrived on the scene as a 12-year old.

“I’m just so happy right now, I can’t really think straight.” Wie said immediately after the round, “It’s a dream come true for me. I think I’ll have more confidence going forward (now).”

Stanford performed admirably despite wearing strapping for a strained right forearm. Like others in the media this past week, struggling to handle a bottle of wine proved to be her nemesis and she then aggravated the injury lifting luggage at the airport last week.

Much has been expected of the talented Wie throughout her career but in 2014, she has shown a greater consistency and been dominant in ball striking and scoring statistics on the LPGA Tour. This week, she was able to capitalise on her good form in no better location – at home.

“I love everyone here; just the amount of love that I felt here this week was unbelievable. I just had a blast out there today, it was fun.” she said.

Queenslander Katherine Kirk enjoyed one of her best results in recent years with a final round 68 bumping her up into a tie for 9th at six-under.