Bernd Wiesberger began the day with a two-shot lead but needed a playoff win to take home his first Rolex Series title at the Scottish Open.

The Austrian fired a respectable final round of 69 however France’s Benjamin Hebert went even lower with a superb 62 at at The Renaissance Club to finish alongside Wiesberger at 22-under to force the match into overtime. 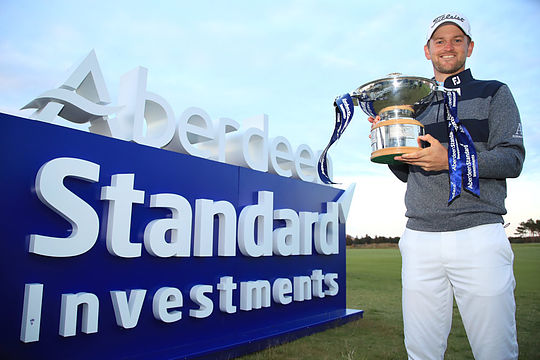 For Frenchman Hebert, there is the consolation of a place in the field at this week’s Open Championship alongside England’s Andrew “Beef” Johnston, who also carded a closing 62, and Italian Nino Bertasio.

Wiesberger missed seven months of last season with a wrist injury but now has two wins in 2019 and moves to the top of the Race to Dubai Rankings.

“We just dug in there,” he said. “I would have loved to seal it off with a couple of pars coming in but sometimes it just tests you. I’m very grateful for how it turned out.”

“I’ve always enjoyed coming to the links, Scottish links, and I’ve had nice success here in Scotland and it’s just really, really nice to be able to stand here with the trophy at the end of the day. It was a long day but somehow I managed.”

Lucas Herbert was the only Australian to make the cut and finished in a share of 62nd place.

Jason Scrivener, Wade Ormsby, Jake McLeod, Scott Hend and Sam Brazel all had the weekend off.