Austria’s Bernd Wiesberger carded a closing 66 at Himmerland Golf & Spa Resort to finish 14 under-par, a shot ahead of playing partner Scotland’s Robert MacIntyre to win the Made in Denmark event and his fifth European Tour title.

For Wiesberger, who missed seven months last year because of a wrist injury, this was his first top-10 finish in his 10th tour event of the year. 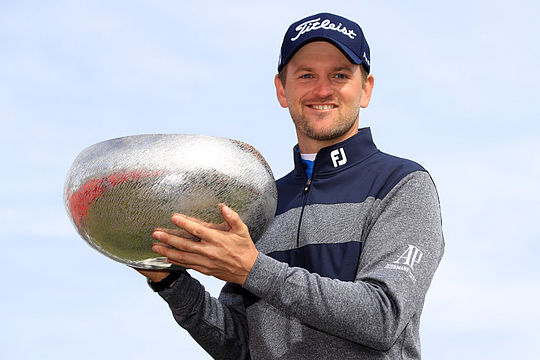 “(I’m) speechless,” said an elated Wiesberger. “I’m so thankful to so many people who have been there for me last year.”

“I had so many great people helping me get back to where I am right now and I’m proud to pay it back this way. It’s been such a great week, I enjoyed myself so much and loved the way I started playing.”

The 33-year-old had been a regular champion since claiming his maiden European Tour crown at the Ballantine’s Championship in 2012, winning again that year on home soil at the Lyoness Open before adding further titles to his CV in 2015 and 2017.

MacIntyre also shot 66 after narrowly missing a birdie putt on the 18th to force a playoff. For the European Challenge Tour graduate, it is a second consecutive runner up finish in just his 15th European Tour event.

“I thought I gave it everything I had,” said MacIntyre. “Poor shot on 17 which really cost me. I had to get it down 18 with a sniff and I did have a chance but Bernd played brilliant all day.”

“I gave it everything I had and am proud of the way I finished. We just have to keep knocking at that door and one will open.”

The event again showcased some innovative fan ideas from the European Tour. The 14th hole was the stand-out feature of the week as players faced a unique challenge – walking through a bar full of cheering spectators to get to the tee.

Before teeing it up on the 240 metre par four, players navigated the Heineken Lounge, with many of them taking full advantage of the music and atmosphere. There was an added incentive for those taking on the driveable par four, any time a player reached the green, fans were rewarded with free beer.

The par 3 16th was another fan favourite as they packed the surrounding hill where on Thursday it played just 80 metres and Dane Martin Simonsen drew a huge roar from the Himmerland Hill crowd as he spun a 54 degree wedge back into the cup for a hole-in-one.

Both he and his caddie won a luxury cart from Garia Luxury Golf Carts for their trouble.