Aaron Wilkin has claimed the NSW Regional Series Dubbo Open in a dominant display of golf at Dubbo Golf Club firing back-to-back seven-under 65′s to secure a three-shot win from Charlie Dann, who closed with a 66.

Wilkin began the final round two shots back but an eagle on the second was followed with birdies on the 3rd and 4th which got his momentum going along with another eagle on the 9th to be 4-under at the turn. 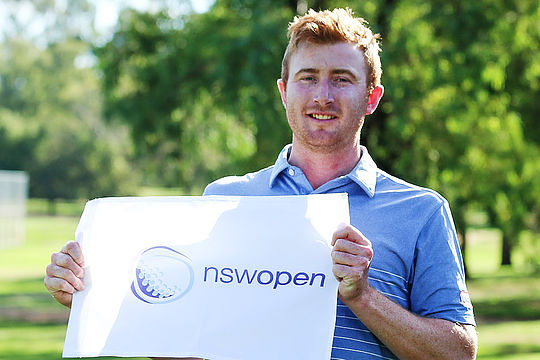 From there, Wilkin was never under threat firing three more birdies to secure a win and his start at next month’s NSW Open.

“I played pretty well to be honest. The hole out on two always helps,” said Wilkin.

Wilkin turned professional in 2015 and has played predominantly on the PGA Tour China with his best result a T3 at the 2019 Guangzhou Open.

Wilkin’s best performance on the Australasian Tour was a runner-up at the 2016 PNG Open, although he also secured a top-10 at the 2019 Victorian Open.

Overnight leader Jordan Widdicombe, who fired an opening 63, faded with a second round 71 to finish in 3rd position, also securing a spot in the field at the NSW Open.