Aaron Wilkin has withstood a strong challenge from former PGA Tour player Michael Sim and Gavin Fairfax to win the Wynnum Pro-am by a shot on the adidas PGA Pro-Am Series.

Wilkin, who has played on both the Japan Tour and PGA Tour Series China, fired a 7-under-par to collect the $5388.00 winner’s prize which adds to his victory at the Rockhampton Pro-am back in June. 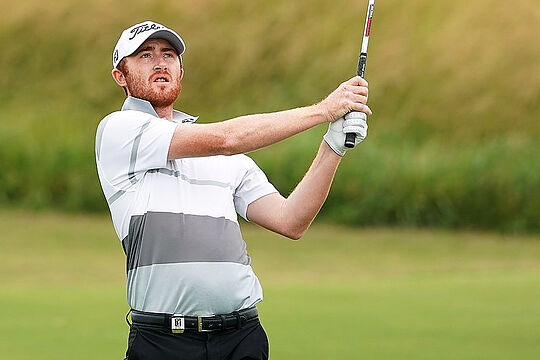 Sim’s runner-up results was his second in a row having finished in the same position back in July at the Kooralbyn Valley Pro-Am, south of Brisbane.

In 2009, Sim won three times on the National Wide Tour to earn an automatic “battlefield promotion” to the PGA Tour. With the win he also set the Nationwide Tour single season money title, earning well over half a million US dollars.

During 2010 on the PGA Tour his best result was a runner’s-up finish at the Farmers Insurance Open before finishing 65th on the money list to retain playing rights.

Sim is currently undertaking a Bridging programme with the PGA of Australia eying off the possibility of a career as a teaching professional but is still planning on playing events.