2020 has thrown up all sorts of surprises but the news that Tiger Woods might break his decades long habit of not playing the week before the Masters has still raised a few eyebrows.

The five-time Masters champion has played a very light schedule this year, choosing to tee it up in only the bigger events in an attempt to allow his ageing body time to peak for the right tournaments. 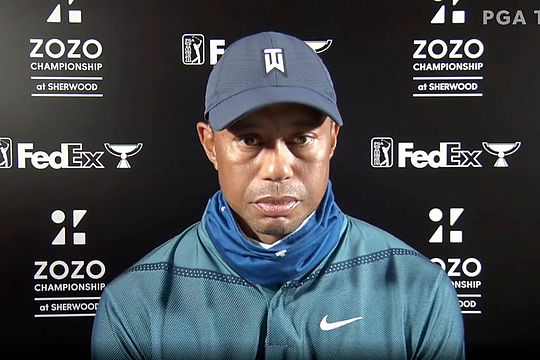 Woods, however, has indicated that might be all about to change with a passing reference to the upcoming Houston Open during an interview at this week’s ZOZO Championship.

“Well, I think my plan is just to play and practice. I don’t know if I’m going to play Houston or not. I’m not playing next week (Bermuda Championship), and we’ll see how this week goes and make a decision from there.”

Unfortunately Woods’ first week back in a month hasn’t gotten off to a great start this morning with an opening round 4-over 76 leaving him close to the bottom of the leaderboard.

The good news is there is no cut so the 44-year-old will get a good chance to warm-up with four rounds before deciding if he wants to play again before his Masters defence starting on November 12.

“This entire year has been different for all of us. And my run up to Augusta is unlike anything I’ve ever experienced. The whole idea is to be ready in a few weeks and whether or not that’s playing one more event, whether that’s Houston or just playing here at ZOZO, just making sure that I’m ready for Augusta.”

While the Houston Open isn’t lacking star-power with World No. 1 Dustin Johnson joining Brooks Koepka, Tony Finau, Jason Day and Rickie Fowler amongst others, Woods’ appearance always sends the tournament organisers and fans into a frenzy.

The former World No.1 famously leaves his entries until the last minute so if he is going to play in Houston, we’re all going to have to wait until next Friday to know…but it will be worth the wait.