Will Tiger make an appearance at the Ryder Cup?

Will he or won’t he? The word from the US Ryder Cup camp is that Tiger Woods won’t be at Whistling Straits this week due to injuries sustained in a car accident earlier this year.

It’s also the first time since 1995 that neither Woods nor Phil Mickelson will play on the US Ryder Cup team. 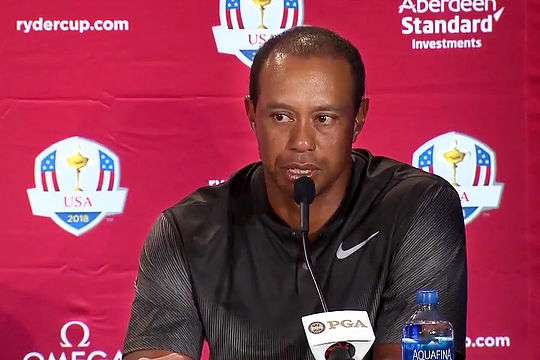 But it wouldn’t be the first time that a team has said one thing and done another. Just think about what a surprise visit from one of the greatest players of all time would do to lift the spirits of the US Team.

Woods has played in eight Ryder Cup events dating back to 1997 and served as vice-captain at the 2016 Ryder Cup before resuming his playing duties when the tournament was last played in 2018.

While the former World No.1 isn’t expected to be at Whistling Straits in person, he will make himself available via text and video calls.

“He’s been obviously in my ear a lot and I call him pretty regularly,” said Stricker of Woods. “He’s part of our Ryder Cup team. He’s part of what we do.”

“I think it’s just not a good time for him to be here physically because of where he’s at in his rehabilitation and [Whistling Straits is a] tough course to walk. So he probably won’t show up. But he’s getting better and his focus and mine is on making a comeback to play again.”