McIlroy has elected not to contest the $6.2m tournament and instead will tee-up in the following week’s Shell Houston Open as his final event before next month’s Masters. 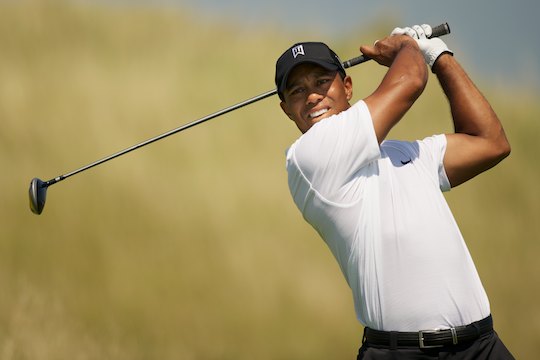 McIlroy has reigned as the game’s top-ranked player since his storming success last August along the Kiawah Island shoreline – a total of 30 weeks.

However Woods, who was the undisputed world number one for an incredible 623 weeks including an unbroken run of 281 weeks, will regain the top ranking should he win next Sunday at Bay Hill.

At the start of 2013, Woods trailed McIlroy by 4.472 World Ranking points and has been slowly chipping away at the Northern Irishman’s lead.

Woods bridged the gap to 3.144 with his Northern Trust Open success in the last week of January, and then despite a share of 37th in the Honda Classic Woods was 2.697 points adrift of the 23-year old.

Before Woods’ wire-to-wire win last week at Doral will see the 14-time Majors winning Woods tee up in Arnie’s event 0.99 adrift of McIlroy.

And while McIlroy has elected not to contest the Arnold Palmer Invitational, Woods goes into the event having won seven times in 16 appearances.

If fact, Woods won four in succession from 2000 to 2003 and he’s captured three of the last four at Bay Hill.