Windred, 23, finished in a share of second position at 19-under-par and a stroke short of the eventual winner, Spain’s Santiago Tarrio. 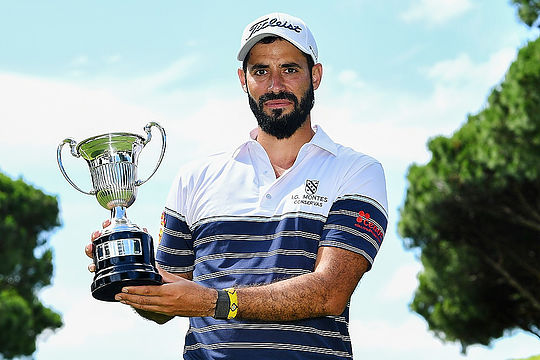 “Happy to play some of my best golf last week at Challenge de Espãna. This result has helped me immensely, moving from 68 on the Challenge Tour Rankings up to 24th,” posted Windred on Facebook.

“Looking forward to having a week in Spain to refresh & work on my game for Kaskáda Golf Challenge starting next week in Czech Republic. Thank you to the Challenge Tour for the invite!!”

It was the Australian’s sixth start and best finish so far on the Challenge Tour and the result sees his season ranking move to inside the top-25 to 24th.

Windred’s best result prior to last week was a tie 18th a few weeks back at the Challenge de Cadiz where the Novocastrian held the share of the lead after the opening two rounds.

Sunday’s victory for Tarrio was his second of the season having won earlier this month at the D+D Real Czech Challenge. The 30-year-old posted a blemish-free 6-under 66 to secure his second victory and move to first place on the Road to Mallorca Rankings.

Dimi Papadatos was the next best placed Australian sharing 36th position to round out the Aussie contingency at the event.

Windred’s result on Sunday and the resultant pay cheque of €16,000 should also see him secure a full card on the Challenge Tour for the rest of the year following a re-rank.