Blake Windred has recorded a top-10 finish at the European Amateur Championships held at the Royal Hague Golf & Country Club in the Netherlands.

Windred, who held the second round lead after firing two consecutive rounds of 69, finished with rounds of 76-70 to be in a share of 7th position at 4-under, three strokes behind the eventual winner Demark’s Nicolai Hojgaard. 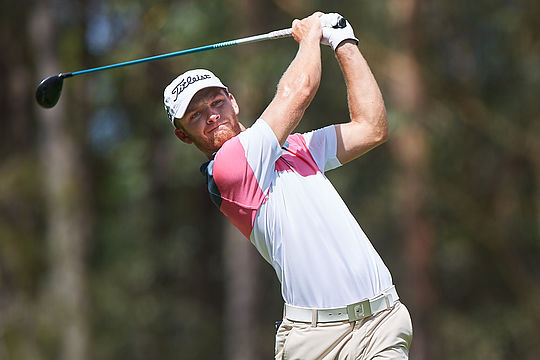 Windred finished the best of the eleven Aussies competing in the championship, with Hayden Barron recording another solid European result following his top-3 at the recent St Andrews Links with the Western Australian a shot behind Windred in a share of 13th position at 3-under.

William Hefferman shared 44th position with Josh Armstrong and Shae Wools-Cobb finishing the tournament at 7-over and in a share of 59th position.

The top-60 players plus ties made the 54-hole cut which came in at 3-over seeing Jediah Morgan, Charlie Dann, Kiran Day and Matias Sanchez all missing the final round.

Windred and Armstrong now head to the US with their first event starting at The Players Amateur at Berkeley Hall Club from July 11-15 along with six other Australians. A number of other European-based Aussies will join their fellow-countrymen later.

Nathan Barbieri, Blake Collyer, Jordan Garner, James Grierson, Min Woo Lee and Kyle Michel are the other Aussies in the field at The Players.

The Southern Amateur then follows starting 18 July at The Club at Olde Stone in Kentucky, where seven Aussies will attempt to replicate Karl Vilips’ 2017 victory where Vilips stormed home with a final round 67 to pip American Stoney Crouch by a shot to claim the title finishing at 15-under.