First it was the Masters being postponed and then the PGA Championship indicated it would also be postponed.

We had the R&A suggesting it would be going ‘ahead as planned’ with the hosting of golf’s oldest Open at Royal St. George’s. 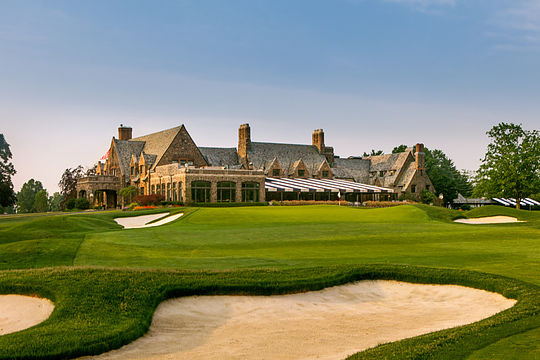 Now it’s the turn of the US Open with the USGA being unable to go ahead with massive set-up arrangements at Winged Foot due to an executive order by New York Governor Andrew Cuomo.

The order has resulted in the indefinite closure of the famed Long Island club. It has not helped also that New York has been, to date, the hardest hit of all the American states by the Coronavirus pandemic.

According to officials from the USGA a decision about what to do about the event is expected to come within a few weeks.

As it stands, all construction of the infrastructure such as grandstands and corporate, merchandise and concession tents has been halted at Winged Foot. It is also understood that there is no USGA staff on site at Winged Foot at this time.

“We continue to hold the dates for the U.S. Open at Winged Foot in June and monitor all available guidance and regulations from the CDC, WHO and other federal, state and local authorities to do what is in the best interests of the community for the health and safety of all those involved,” the USGA said in a statement.

“We had previously stopped the build of our corporate hospitality tents and are creating contingency plans should we need to pivot, given that postponement is a possibility. It is premature at this point to speculate on any potential date or location changes, but we expect to make a decision sometime in the middle of April.”

The US Open, which is the third of the four Majors this year, is due to be held from June 18th to 21st.

It will be the sixth hosting of the US Open at Winged Foot since the legendary Bobby Jones, as an amateur, won by a remarkable 23 shots in the first hosting for the 1929 US Open.