So it is hardly surprising Fowler is near the top of the shopping list for the 2015 Emirates Australian Open. 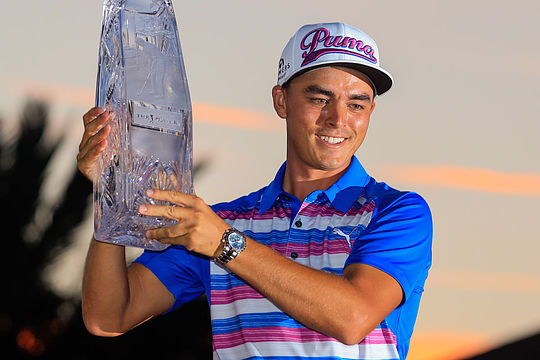 The fact that Fowler scored his biggest win when successful in the fifth major, the Players Championship at Sawgrass a couple of weeks ago only serves to add to the young American’s appeal.

Fowler has actually played in Australia twice already – in 2011 and 2014 – but is yet to contest our national Open.

Now ranked No. 9 in the world, Fowler’s management had already been approached about getting him Down Under for our biggest event, in November.

“He’s one of several people with whom we’re in discussions with, but it’s too early to know just yet.”

Fowler birdied the infamous par-three 17th ‘Island Hole’ three times on Sunday, once in regulation play, and twice in the playoff, before beating Sergio Garcia and Kevin Kisner in a playoff.

The Emirates Australian Open will be played from November 26-29 in Sydney at The Australian Golf Club at Kensington.

It is already shaping as an event to remember with a sprinkling of Australia’s best players committed to play alongside world No. 2 Jordan Spieth, with the US Masters champion indicating he intends returning to defend the title he won with a stunning final-round 63 last year.