Winning Knox fails to get Ryder Cup nod from Clarke

Scotland’s Russell Knox has every right to feel gutted after being robbed of a European Ryder Cup ‘wildcard’ pick.

Despite having won twice in the 50-week qualifying period and currently being the World No. 20 along being ranked 7th on the FedEx Cup standing Knox was overlooked for one of three picks by Belgium’s Thomas Pieters.

Pieters had finished 4th in the Olympic Games and was runner-up a week ago in the defence of the Czech Masters.

But then Clarke also has seemingly placed more emphasis on Pieters victory on Sunday in Denmark than Knox’s triumph three weeks earlier on the bigger world-class stage in Connecticut.

In fact, Pieters won in an event boasting just four players inside the top-50 on the World Rankings and with the highest being Ireland’s Shane Lowry at No. 35. 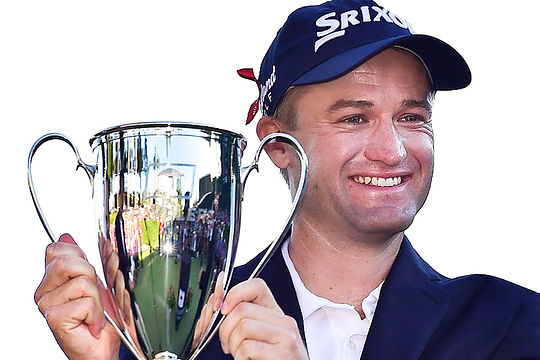 Knox succeeded in a field boasting five of the Americans confirmed on Sunday who will tee-up at Hazeltine along with three others – Justin Thomas, Matt Kuchar and Jim Furyk – and each in line for a Davis Love III ‘wildcard’ pick this Sunday night.

Clarke justified Pieter’s selection ahead of Knox saying: “It was in incredibly tough decision and I’ve not slept a lot. Having to phone Russell yesterday was one probably one of the toughest calls I’ve ever made.”

“There’s always somebody who’s going to miss out. Having to come to the conclusions that we did, we were always going to let people down.”

“But with the 12 that we had, I’m delighted. With the eight that qualified last week and the three that we picked, I think it’s going to be a very strong team.”

“I know we have a lot of youth in there but that’s balanced up perfectly by a lot of experience. Those three picks today with Lee [Westwood] and Martin [Kaymer] bring that experience, while Thomas Pieters brings a little bit more of that X factor.”

“He is that good and I do think he’s going to blossom into a huge star in the Ryder Cup.”

“Some people will think it’s a mistake having Thomas on the team but I looked at him and Russell side-by-side and I found it impossible to leave him off the team.”

Knox bravely accepted this slap in the face commenting on Twitter: “Best wishes to the @RyderCupEurope Disappointed not to be joining you, but will be rooting you on”.

The best advice now to Knox is to go out and win this week’s Deutsche Bank Championship and prove Clarke wrong!