After visiting Canberra for the national capital’s centenary celebrations earlier this year, the ISPS Handa Women’s Australian Open will return to the Melbourne Sandbelt next year at the Victoria Golf Club from 13-16 February, 2014.

The LPGA and Ladies European Tour-sanctioned event will again feature Australia’s World Number 6 Karrie Webb while defending champion Jiyai Shin has also confirmed she will return to defend her title. 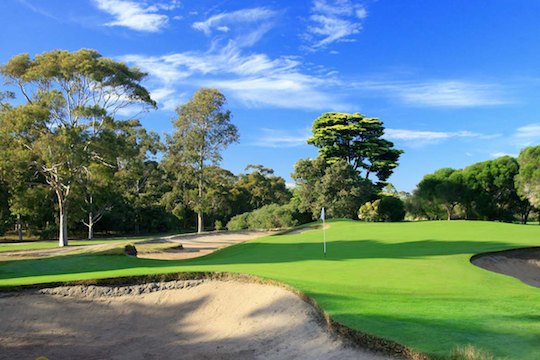 Webb, a five-time Open champion and three-time winner this year, said she was looking forward to playing at Victoria, which will host its first Women’s Australian Open since Donna Caponi-Young from the U.S. won in 1976.

“I’m really looking forward to coming back to the Sandbelt and Victoria Golf Club for the 2014 ISPS Handa Women’s Australian Open,” Webb said.

“The championship has gone from strength to strength since it joined the LPGA Tour and the players certainly look forward to starting the year in Australia on our best courses.”

Golf Australia CEO Stephen Pitt said there was much to look forward to at the 2014 championship.

“The ISPS Handa Women’s Australian Open has experienced exceptional growth in recent years, particularly in its international profile as a major women’s sporting event in the Asia-Pacific region.”

“The championship consistently brings the highest number of top 20 ranked golfers in the world to Australia each year through our successful partnerships with the LPGA Tour, Ladies European Tour and ALPG Tour,” Pitt said.

“A fundamental part of this excellent period for Australia’s National Championship has been the support and enthusiasm from our title sponsor International Sports Promotion Society (ISPS) through Dr Haruhisa Handa.

Dr Handa’s unwavering commitment to see golf included in Paralympic schedule is something Golf Australia fully supports and we are honoured that he sees the ISPS Handa Women’s Australian Open as a key opportunity to highlight his work in this area.”

“Together with World Number 6 Karrie Webb and defending champion Jiyai Shin, we’ll be in a position to confirm more of the world’s top 10 players coming to Melbourne in the months ahead for what will be a terrific week of summer golf in Melbourne.”