The Women’s Open at Royal Troon marks the first women’s Major Championship this year and features Major champions, Solheim Cup stars and rising stars among 144 players representing 32 countries, who will be competing on the famous Ayrshire links from Thursday.

The championship is making its debut on the prestigious links of Royal Troon, which has hosted the men’s Open Championship on nine occasions and most recently in 2016 when Sweden’s Henrik Stenson triumphed. 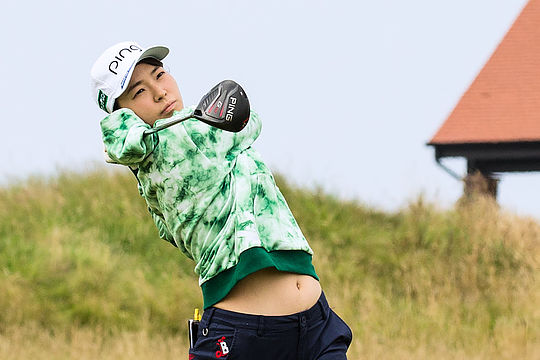 To be played safely without spectators due to the COVID-19 pandemic, the championship will be televised around the world.

Hinako Shibuno from Japan defends this week’s Women’s Open after winning at Woburn last year. In May, she won the World Ladies Championship Salonpas Cup, a major on the JLPGA Tour, and added a second victory in July at the Shiseido Anessa Ladies Open.

“I’m going to have to play smart. But at the same time as defending champion, I’m going to enjoy, and also I want to show a new part of the game, some new part of my game this year,” said Shibuno ahead of this week’s tournament.

When asked about how she dealt with the issues of her sudden fame, Shibuno was honest in her assessment of her struggles.

“Looking at myself on the magazines and the newspapers, it really felt unreal. It didn’t feel like it was myself. But what was difficult about getting that attention was by winning the majors, I had set a higher expectation on myself and it was kind of difficult to cope with realty with the high expectations that I had set on myself.”

Most of the top players in the world have chosen to make the trip to the UK, with a huge number of the top Korean and American golfers heading for Troon, many of whom tuned up for the tournament by playing last week in the Scottish Open.

Green was one of many players who returned home and after realising the LPGA Tour shutdown was going to be more than a few weeks.

“When the Tour announced that the West Coast was postponed, I kind of knew we weren’t going to be going anywhere any time soon. I didn’t play golf for six or seven weeks and took some time off, which I’m happy I did.”

“It was a struggle at the start, but luckily the golf courses [in Western Australia] were only closed for a couple weeks. Golf was booming as soon as they reopened. So I was going out there, playing some rounds with some of the local juniors, just trying to get to know them all.”

“Then when everything was confirmed about tournaments, I started to knuckle down and get ready.”

Play kicks off this Thursday at Royal Troon and will be available to watch live on Fox Sports.