The Hero World Challenge is a golf tournament hosted by Tiger Woods, which takes place each December in the Bahamas. It features a limited field of 20 top-ranked golf pros and benefits the Tiger Woods Foundation.

The unofficial event is part of the PGA Tour schedule, but does not offer FedEx Cup points or official money. This week’s field includes six of the top 10 players on the Official World Golf Ranking including Scottie Scheffler, Billy Horschel, Jon Rahm, Collin Morikawa and Xander Schauffele. 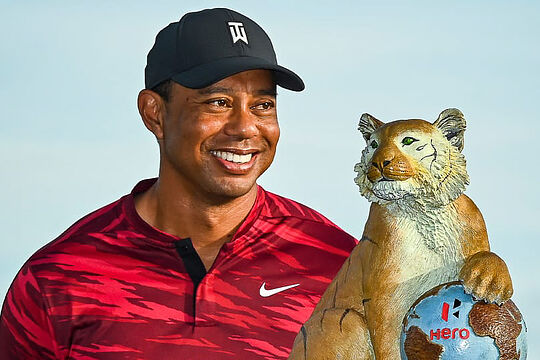 Woods was set to return to action for the first time since The Open Championship but announced overnight that he had withdrawn from the field due to injury concerns with his right foot. The 82-time PGA Tour winner played three times this season at the Masters, PGA Championship, and The Open as he continued with his recovery from a near-death car accident in 2021.

The tournament, which benefits the Woods’ charity, TGR Foundation, was supposed to be his first start since he missed the cut in the 150th Open Championship at St.Andrews in July.

“In preparation and practice for this week’s Hero World Challenge, I’ve developed plantar fasciitis in my right foot, which is making it difficult to walk,” said Woods in a statement.

“After consulting with my doctors and trainers, I have decided to withdraw this week and focus on my hosting duties. My plan is still to compete in The Match and PNC Championship.”

The event starts this Thursday at Albany in the Bahamas.