Following the remarkable achievement of playing all four rounds of the 86th Masters, Tiger Woods said on Sunday that he intends to travel to Scotland in July for the 150th Open Championship, despite suggesting he may skip next month’s PGA Championship at Southern Hills.

Woods won two of his three Opens at St. Andrews, including his first in 2000 when he produced four rounds in the 60s on his way to winning by eight shots. 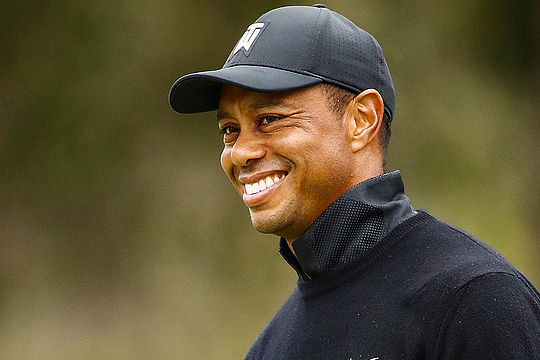 It’s little wonder then that he’s looking forward to returning to the Home of Golf, and also attending Monday’s ‘Former Champions Four-Hole Challenge’ and Tuesday night’s ‘Past Champions Dinner’ in the R&A clubhouse.

“I won’t be playing a full schedule ever again, it’ll be just the big events. I don’t know if I will play Southern Hills or not but I am looking forward to St. Andrews,” Woods told Sky Sports after closing with a final round 78 to finish the Masters on 13-over. “That is something that is near and dear to my heart. You know, I’ve won two Opens there, it’s the home of golf, it’s my favourite golf course in the world.”

“So, I will be there for that one. Anything in between that, I don’t know. I will try, there’s no doubt. This week, I will try to get ready for Southern Hills, and we’ll see what this body is able to do.”

“I’m excited about the prospects of the future, about training, about getting into that gym and doing some other stuff to get my leg stronger, which we haven’t been able to do because it needed more time to heal,” Woods said Sunday.

“I think it needs a couple more days to heal after this, but we’ll get back after it, and we’ll get into it.”