Following a successful return to tournament golf at the 2022 Masters, Tiger Woods hinted that he would be playing at the 150th Open Championship at St Andrews later this year.

And now hosts of the annual JP McManus Pro-Am have announced Woods’ return to the prestigious event, which has been used by some of the world’s top players as a feed-in event for the British Open week since debuting in 1990. 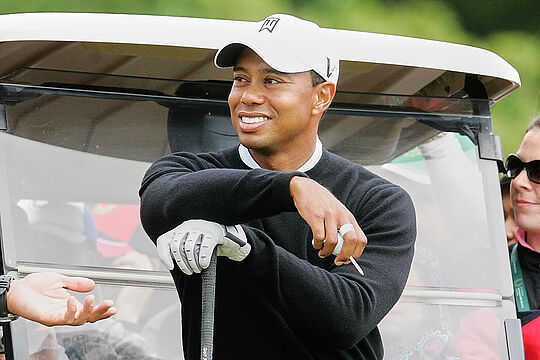 “We are over the moon to announce that Tiger Woods will be playing in the 2022 JP McManus Pro-Am.”

“Tiger has been a great friend and avid supporter of the Pro-Am for a very long time and we are absolutely thrilled he has committed to play once again in the tournament.”

“His presence at Adare Manor will undoubtedly bring huge excitement to the thousands of spectators and we are very grateful to him for giving up his free time to be with us,” said tournament host, multi-millionaire Irish businessman and racehorse owner, JP McManus.

Likely to be joining Woods at Adare Manor in Ireland will be Rory McIlroy, Collin Morikawa, Jon Rahm, Justin Thomas and Dustin Johnson.