NSW Premier Barry O’Farrell today announced Tiger Woods as the latest big name heading to Sydney in November to play the Australian Open to begin one of the greatest years ever for Australian golf. 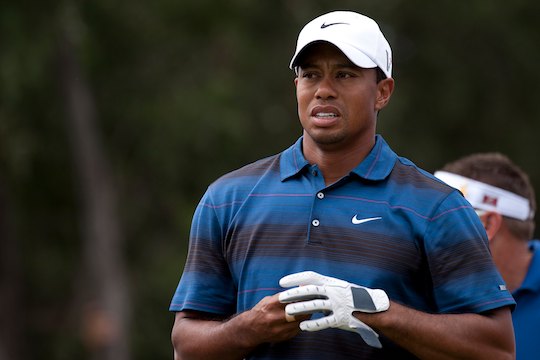 The Open will take place from 10-13 November at The Lakes Golf Club in Sydney, immediately preceding the President’s Cup.

Mr O’Farrell said Sydney is synonymous with the Australian Open, hosting the inaugural championship in 1904, on 35 occasions overall and continuously since 2006.

“The Open’s tradition, heritage and history is reflected in its honour roll of some of world golf’s greatest players and all Australia’s leading golfers regard winning the Stonehaven Cup as a career highlight.

“Tiger Woods’ participation is great news for the Open and comes as a result of a lot of hard work to secure the coveted lead-in dates to the President’s Cup.”

Tiger Woods today confirmed he was very much looking forward to playing in the Australian Open in Sydney.

“I’m very excited to be competing in the Australian Open,” said Tiger Woods. “I haven’t played in the tournament since 1996, and I’m anxious to return. I have a great affinity for playing golf in Australia and I’m looking forward to competing against an outstanding field at The Lakes in Sydney.”

Golf Australia CEO Stephen Pitt said this announcement is another important part of the strategy to build the Open as a pre-eminent event on the burgeoning OneAsia tour.

“There is no doubt whatsoever, it will be one of the best fields ever assembled for an Australian Open Championship and there are still major player announcements to be made over the coming weeks,” Mr Pitt said.

The 2011 Australian Open will again be broadcast on Network Ten for all four days of the championship.