He looked a bit shell-shocked for most of the week and there were even some suggestions the penal rough at Le Golf National was taking its toll on his body.

Yet Tiger Woods left Paris a disappointed man after his woeful contribution to the United States’ Ryder Cup bid. 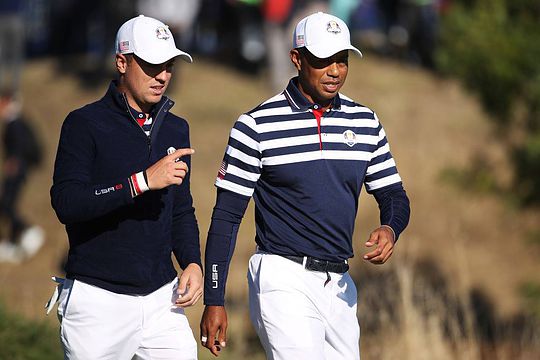 While he arrived full of confidence after winning the Tour Champion ship the previous week, he left a deflated star after losing all four of the matches he was involved in.

“It’s disappointing because I went 0-4, and that’s four points to the European Team,” said Woods.

“I’m one of the contributing factors to why we lost the Cup…and it’s not a lot of fun.”

Unfortunately for Woods, in all three of his team matches – two with Patrick Reed and one with Bryson DeChambeau – he found himself up against Europe’s unstoppable force of Francesco Molinari and Tommy Fleetwood as that pair finished with a perfect 4-0 record together.

The last time he won a match outright was against Molinari in a singles encounter eight years ago in Wales.

“It’s frustrating because we came here and I thought we were all playing pretty well, and I just didn’t perform at the level that I had been playing,” said Woods.

“I just got behind early in the matches and never got back,” Woods said.