Woods feels good in lead up to 21st PGA Championship

Tiger Woods is very keen to celebrate a 21st PGA Championship appearance with a 16th major championship triumph. Woods last won the title when he went back-to-back in 2007 at Southern Hills CC for his fourth PGA crown.

The 44-year-old is returning to competition for only the fourth occasion this year and just the second time since the lifting of the lockdown in mid-June. 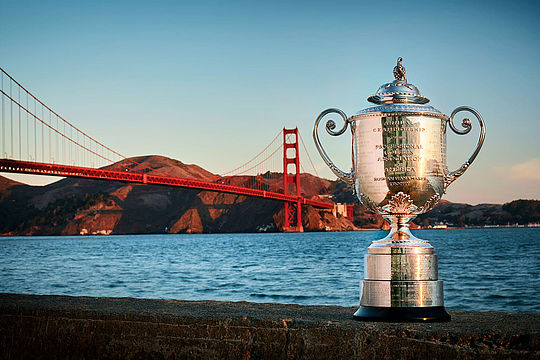 While much of the week’s field had not set foot on the host TPC Harding Park course, Wood still has strong memories in being a member of the victorious 2009 Presidents Cup side that won by five points over the visiting International Team.

That week Woods was at his best teaming with good friend, Steve Stricker, to win all four ‘team’ matches and then hand out a 6 & 5 thumping to South Korean Y E Yang in the Sunday Singles.

“I played it before the redo and they have come a long way since then, made it a championship site” said Woods.

“I had a great Presidents Cup under Captain Freddie (Couples). This brings back great memories of coming up here playing, whether it’s here at Harding or SF Club, Olympic or Lake Merced. We used to come up here and do qualifiers all the time.”

And while excited to be returning to the ‘Golden Gate Bridge’ city, Woods will tee-up having played just four rounds since the June 11th restart to the PGA Tour with a competitive scorecard in his back pocket.

So, while Woods is clearly lacking in competition rounds, you can never downplay Woods’ ability to lift his game at the highest level as the world saw in April last year.

“I feel good. Obviously I haven’t played much competitively, but I’ve been playing a lot at home,” he said.

“So I’ve been getting plenty of reps that way. Just trying to get my way back into this part of the season. This is what I’ve been gearing up for.”

“We’ve got a lot of big events starting from here, so looking forward to it. This is going to be a fun test for all of us. The rough is up. Fairways are much more narrow than they were here in 2009.”

“Don’t ask me for the routing because I’m still getting a little confused on the routing. Still trying to learn that part.”

And while Woods does seek to bring the ‘major’ gap down between himself and Jack Nicklaus, he will have to do that this week without any crowds to cheer him down the 18th hole.

“It’s going to be an unknown not having spectators,” he said.

“But as far as the energy outside the ropes, that is an unknown. And hopefully I can put myself in a position where I can feel what it’s like to have no fans and also coming down the stretch with a chance to win.”

Woods has been drawn for the opening two rounds to tee-up in the company of fellow former PGA Champions Rory McIlroy and new World No. 1 Justin Thomas.