Woods will join 20 other former champions, along with Javier Ballesteros who will represent his late father Seve and winner in 1992, teeing up in the event commencing on January 30th at the Emirates Club and the first-ever championship course built in the UAE. 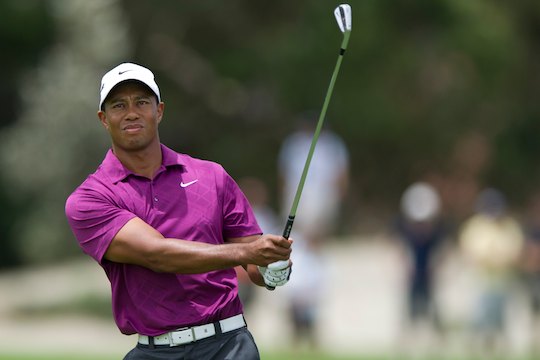 Woods is a two-time former Dubai Desert Classic winner and has been enticed to Dubai to compete for a first occasion since 2011 after teeing up the past two years in nearby Abu Dhabi.

“Anyone who has ever visited Emirates Golf Club, and I mean kings, queens, presidents or prime ministers, no one attracts more attention coming here than Tiger Woods,” says Flaherty.

“It’s special anytime Tiger comes to play in our tournament because he’s that name whether you are a golfer or a non-golfer that everyone knows.

“So in this part of the world Tiger’s the one name that is known by most members of the population, and you really need to be a golfer to know all the other players.

However Tiger just brings an extra attraction three-fold, four-fold and with ticket sales already are up four times than compared to recent years, and it’s just a fact that he raises the excitement in the tournament more than anyone else.

“Any tournament that is able to secure Tiger Woods appearance I’m sure generates the same windfall in terms of crowds, media interest and worldwide coverage.

“So as limited as Tiger’s schedule is around the world outside of the four majors, and where he picks and chooses where he wants to play, it’s just fantastic he’s coming back to Dubai to compete.”

At this stage the 25th Dubai Desert Classic will be Woods only regular European Tour appearance in 2014 although the 14-time Major champion is expected to return to compete in season’s penultimate Turkish Airlines Open to honour the second year of his two year contract to compete in Turkey.

In fact, Els and Couples were the last to confirm and advising Flaherty in emails received on New Year’s Eve.

All former winners will tee-up Tuesday in a $600,000 ‘Past Champions Challenge’ that carries a first prize of $300,000 and a guaranteed $25,000 for last place ahead of the tournament proper.

Flaherty indicated the only past winner who will not compete in the four-round tournament will be England’s Mark James and winner of the inaugural event in 1988.

“Mark emailed me to say that his game was just not good enough at present to compete in the Desert Classic itself and we understand that and respect Mark’s wish,” said Flaherty.

Ballesteros won the 1992 tournament by defeating Northern Irishman Ronan Rafferty in a play-off.

“The great thing is that while Seve sadly passed away his name will live on as Javier will have a caddy wearing the name ‘Ballesteros’ on his caddy bib and hopefully we will see the ‘Ballesteros’ name up on the leader board,” added Flaherty.

“We are so fortunate that Javier can play in the ‘Former Champions Challenge’ and also in the tournament proper.”